This site is situated in the Province of Castilla y León and is characterized by the cooperative venture of four valley communities to promote tourism and new economic activities respectful of nature. Mining and hydraulic energy production are the main sources of revenue for the 14,956 inhabitants living in the transition area. This biosphere reserve has great importance for the protection of brown bear (Ursus arctos pyrenaicus). 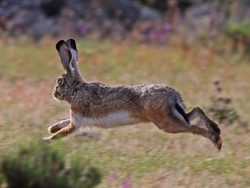 The Valley of Laciana is located near the headwaters of the River Sil in the Cantabrian Cordillera, to the north of the Province of Leon, bordering with Asturias.

The mountain grasslands have traditionally been used by the transhumant sheep flocksfrom Extremadura and cattle for the Asturian “Nomadiccowherds” (vaqueiros de alzada).

This has given rise to scrubland with Broom, Bilberry, and grasslands suited to the Broom Hare, endemic to the Cantabrian Cordillera, the Grey Partridge and the large wild ungulates such as the Roe Deer, the Chamois, and the Red Deer, and their main depredator, the Iberian Wolf. There are also endangered species such and the Brown Bear and the Western Capercaillie. 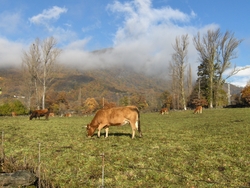 Mention can be made of mountain livestock raising, coalmining, and small enterprises engaged in hostelling.

There has been a great increase in rural and adventure tourism.