The Valle del Ticino is a ‘riverscape’ biosphere reserve located along the Ticino River in the north of Italy, at the meeting point of the culturally rich regions of Lombardy and Piedmont. The reserve functions as an important ecological corridor within the urbanized and industrialized Po plain. The site encompasses a mosaic of ecosystems with large river habitats, wetlands, riparian woods and patches of primary plain forest, which covered the entire valley during Roman colonization.

The area is also characterized by a traditional rural landscape with semi-natural ecosystems including paddy rice, cornfields, permanent grasslands and ‘marcita’ (water meadows). The population of 685,000 people living in the biosphere reserve (2012) is mainly engaged in the services and industry sectors. 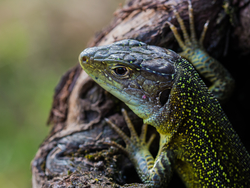 The Valle del Ticino Biosphere Reserve encompasses the Ticino Valley starting from the watershed of Lake Maggiore and its rivers up to the confluence with the River Po, and extending north to cover areas located along the shores of Lake Maggiore Piedmont, including Lagoni di Marcurago, Canneti di Dormelletto, Bosco Solivo and Fondo Toce. The area is one of the largest river parks in Europe and retains a mosaic of natural ecosystems typical of large water bodies, as well as remnants of primary plain forest that covered the entire Po plain at the time of Roman colonization. From an ecological and biogeographical standpoint, the Ticino river valley represents an extraordinary biological corridor running through the urbanized plain between the two mountain chains of the Alps and the Apennines.

The rich diversity of animal and vegetation species in the Ticino Valley makes the reserve a unique and exceptional area, due to the well-preserved character of its natural environments and safeguarding actions carried out across the territory. Several rare or area-specific species are worthy of preservation and require monitoring including: the European otter (Lutra lutra), the Aesculapian snake (Elaphe longissima), the Eurasian bittern (Botaurus stellaris) and the red-footed falcon (Falco vespertinus). 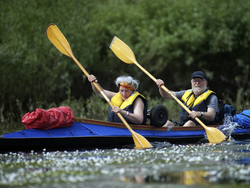 Agriculture is the main activity in the area. In particular, the Piedmont territory of the Ticino River is known for its local food and wine products. The principal activities of the neighbouring Lake Maggiore territory are mainly oriented around tourism.

Archaeological data for some sites offer details about the presence of Roman necropolises. However, numerous documentation testifies to the existence of important human settlements that include significant Lombard remains, such as Arsago, Seprio and Garlasco. Among the Roman castles and buildings, Morimondo Abbey was notable for its active role in the introduction of agronomic practices, such as water meadows, which are still considered a productive technique of surprising environmental value. The great hydraulic works of the Late Middle Ages and the canalization process, which started from the Canal Naviglio Grande in 1166 AD, were notable technological innovations famous across Europe. It is also possible to find beautiful buildings and urban centres that date back to the Renaissance period.