Located in Sardinia, this biosphere reserve has a total surface area of over 140,000 ha, and presents mountainous areas to the west and a flat strip to the east, rivers and coastal areas. The Reserve comprises 17 municipalities, between the provinces of Olbia-Tempio and Nuoro. It has a resident population of 50 000 inhabitants, which are multiplied fivefold during the summer break. 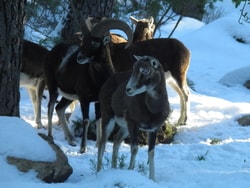 The area is in the North East of Sardinia and its boundaries are established by the drainage basin of the Rio Posada and the massifs that surround it (from Montalbo to the Alà mountains and Monte Nieddu). In some respects, the territory in the Reserve embodies the recent radical changes in the relationship between the coast and the interior of the island.

Sardinia is one of the main hotspots of biodiversity in the Mediterranean with high levels of endemicity. There are 183 endemic plants that are exclusive in the island and 91 endemic plants in the Sardinian-Corsican-Tuscan Archipelago biogeographic province. In addition, 121 taxonomic units of the Sardinian flora are endangered according to IUCN criteria or included in lists of special attention, such as the one of the most threatened species of the Mediterranean islands. 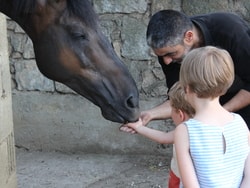 In total 49,983 people live in the 17 municipalities in the Biosphere Reserve area. They are unevenly distributed in quantitative terms, with populations ranging from 251 in Osidda to more than 11,000 in Siniscola, and also in geographical terms, with 50% of residents living in the three coastal municipalities of Siniscola, Budoni and Posada.

The culture of Sardinia – and more specifically the culture of the parts of the Barbagia and Baronie areas that fall within the Reserve – stems from the profound ties between man and nature. They introduce further systematic relationships between the hinterland and the coast, the real world and the symbolic world, freedom and submission, solitude and community, life and death. There is a quest for balance in all of these spheres, which have shaped Sardinian culture and established a harsh, coarse, basic landscape that is full of symbolic and poetic references. It is the domain of expansive silences that emerge from sparsely populated and scarcely urbanised uplands, from forests, from small towns and vast pastures, from road links that discourage, but in the same time captivate travellers.