The Tejo/Tajo International Transboundary Biosphere Reserve is located in the western part of the Iberian Peninsula shared between Spain and Portugal, with the Tajo River as its main axis. The area is characterized by sharp relief and low altitudes. Vegetation in the site consists largely of cork oak formations and patches of scrub, as well as cultivated areas and pastures. The fauna is typically Mediterranean and includes many rare species.

Among the most important are the Iberian imperial eagle, Bonelli’s eagle, the black stork, the black vulture and the otter. Livestock and forestry are the main sources of income for the small population of the reserve. 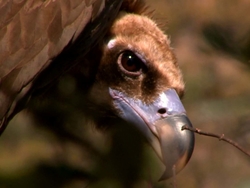 The area of the biosphere reserve is characterized by sharp relief and low altitudes. The vegetation consists largely of sclerophyllous and cork oak formations and abundant patches of scrub, as well as cultivated areas, extensive pastures and open stand formations. Among the most significant plant taxa are different species of orchids.

The fauna is typically Mediterranean and includes a large number of threatened or endangered taxa, some of which are endemic to the peninsula. Among the most important species are the Iberian imperial eagle (Aquila adalberti), Bonelli’s eagle (Aquila fasciata), black stork (Ciconia nigra), black vulture (Coragyps atratus), Egyptian vulture (Neophron percnopterus), great bustard (Otis tarda), otter (Lutra lutra) and green lizard (Lacerta viridis), along with the extensive fauna of the Mediterranean rivers. 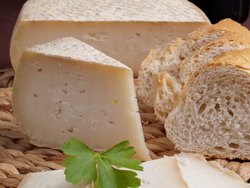 The population is small with approximately 60,000 inhabitants and concentrated in small and medium areas, which are markedly rural in composition. The overall population is aging with a depopulation trend observed over recent decades, especially on the Spanish side. This demographic weakness is one of the main challenges facing the region.

The principal occupations of the territory are livestock and forestry, with sheep, cattle and pigs forming the basis of the local economy, along with other traditional farms such as cork extraction, honey collection and the cultivation of cereals.