The Tatra Mountains are the highest mountains in the long Carpathian range, which stretches from Slovakia into Romania via Hungary, Poland and Ukraine. The territory of the biosphere reserve covers two national parks on each side of the political boundary between Poland and Slovakia. A variety of natural features are represented within this transboundary biosphere reserve, including karst topography with dolomites and limestone, canyons and waterfalls, a dwarf pine belt, alpine meadows, lakes and rocky peaks.

The tourism sector provides the principal form of employment, as well as forest management. 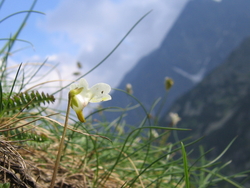 The main objective of the reserve is to protect the alpine character of the highest range in the Carpathian Mountain chain. The Tatras cover five climatic zones including plants from lower montane forests, subalpine forests, dwarf mountain pine, alpine grasslands and sub-nival. A variety of natural features are represented within this reserve, such as karst topography with dolomites and limestone, canyons and waterfalls, a dwarf pine belt, alpine meadows, lakes and rocky peaks.

Among the nearly 1,300 species of plants in the Tatras, the most valuable are 27 endemic and sub-endemic species. There are also numerous relics of Pliocene and glacial flora. Plant species include the European beech (Fagus sylvatica), the mountain pine (Pinus mugo), the highland rush (Juncus trifidus) and the Oreochla disticha.

Numerous animal species are found in the reserve, including the largest European predators: the European brown bear (Ursus arctos arctos), the Eurasian lynx (Lynx lynx) and the European wolf (Canis lupus lupus). High-altitude species such as the marmot (Marmota marmota), the snow vole (Chionomys nivalis) and the chamois (Rupicapra rupicapra) can also be found. Since 2000, the Chamois population has increased by almost 850 due to the efforts of the Tatra Chamois Rescue Project. 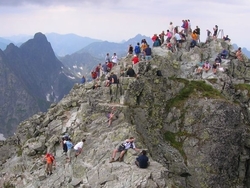 The Tatra Biosphere Reserve has a population of more than 40,000 inhabitants of which the large majority lives on the Slovak side. The tourism sector provides the principal form of employment, as well as forest management.

Recent years have seen significant development in tourism. Existing winter resorts have been modernized, new slopes and hotels have been built and transport equipment has been introduced. In the past, the summer season was the most popular among tourists; however, recent modernization of facilities for winter sports has resulted in an increase in winter visitors.