The Sumava Biosphere Reserve includes a substantial part of the north-east facing Bohemian Forest, a large Hercynian middle-mountain range that straddles the border between the Czech Republic, Germany and Austria. The biosphere reserve is situated adjacent to the Bayerischer Wald Biosphere Reserve in Germany. 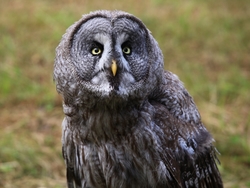 Sumava BR is a flat or slightly undulating region near Austrian and Bawarian border that has been modified by human activities for more than 10 centuries. The Sumava Mts. is one of the most extensive forested areas in the Central Europe. Primeval mountain forests, glacial lakes, peat bogs, revers and canyons are the main landscape values even though the area has been inhabited by man for centuries.

Forests cover approx. 65 % of the total area of the biosphere reserve (flowering and acidiphilous beech forests, mountain spruce forests..); the proportion within the Šumava / Bohemian Forest National Park is even higher (83.8 %). Peat-bogs are another important natural element. There are extensive plains at the approx. altitude of 1,000 m a.s.l. in the Šumava Mts.

Large areas of them are used as meadows or pastures. Among wild animals, the Northern Birch Mouse should be mentioned. Recently, the Eurasian Lynx was successfully reintroduced there. Wild birds include both the Capercaillie and Black Grouse. In the spring area of the Blanice River, the most important site for the River Pearl Mussel in the Czech Republic can be found. 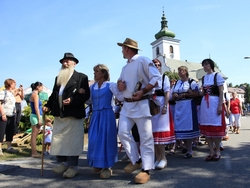 The nature of tourism is significantly influenced by the environment, in which it takes place. With regard to high coverage of the Large Scale Protected Areas within the BR (41% National Park, 53% Protected Landscape Area) tourism is oriented on experiencing the Šumava nature.

Other important economy sectors in the Biosphere Reserve include forestry and wood processing, agriculture and processing industry.