The Southwest Nova Biosphere Reserve is located in the southwestern portion of the peninsular Province of Nova Scotia, in eastern Canada. The region is bounded to the north shore by the Bay of Fundy, with the world’s highest tides, and to the east by the North Atlantic Ocean. The majority of the area’s terrestrial land base has been designated a biosphere reserve ‘zone of cooperation’ comprised of five counties — Annapolis, Digby, Queens, Shelburne and Yarmouth — with a population of approximately 100,000 people. 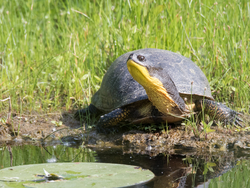 Southwest Nova represents the natural region of southwestern Nova Scotia. The biosphere reserve comprises major landscapes of the province, which exist in a near-pristine condition with intact ecosystem structures, processes and functions.

Forests in the Southwest Nova Biosphere Reserve area are classified as part of the Acadian Forest region — one of eight forest types in Canada. Tree species include red spruce, white spruce, white pine, eastern hemlock, and larch interspersed with red maple, red oak, sugar maple, white birch and white ash. Harvesting, fire, insects and storms all play a major role in influencing succession. While much of the biodiversity is typical of the boreal/mixed wood forest, areas with warmer microclimate may account for some of the southern originating coastal plain flora and fauna, including the water-pennywort (Hydrocotyle ranunculoides), Blanding’s turtle (Emys blandingii), northern ribbon snake (Thamnophis sauritus septentrionalis) and southern flying squirrel (Glaucomys volcans).

The complex comprises two large protected areas —Kejimkujik National Park and National Historic Site, and the Tobeatic Wilderness Area located in the core of the Biosphere Reserve, which is characterized by a high standard of biodiversity protection. The Kejimkujik National Park has also served as a site for Intensive research for several years due to its unique flora and fauna, and as an important national monitoring site for long-range transported air pollutants since 1977. Accordingly, there is strong collaboration among land users, local and regional educational institutions for environmental research and monitoring. Migratory Bird Sanctuaries exist along the coast in Queens and Shelburne Counties, and the Bay of Fundy tidal flats provide critical migratory bird-feeding habitats for many species. 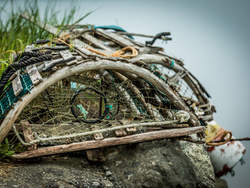 The Southwestern Nova Scotia socioeconomic fabric and culture is diversified, as reflected in the nature of communities, businesses and transportation in the region. However, traditional resource-based industries such as forestry, agriculture and mining are in decline. Newer industries include tourism and aspects of the ‘creative rural economy’. The intense promotion of tourism, especially eco-tourism, conflicts with visual aspects of ongoing clear-cutting of forests and proposed mining, among others, and constitutes an issue of significant local debate. Another emerging trend for the reserve and Province of Nova Scotia is opportunities for Community-Supported Agriculture. These initiatives encourage residents to buy from local farmers and commit to long-term investments with their local neighbours and farmers, in turn helping their own families to eat more healthily and simultaneously support the local economy.