This biosphere reserve is located in the north-west of the Smolensk region and is interesting for its diversity of different glacial landscapes on a quite small territory. Apart from end moraines, long sandy ridges and glacial lowlands there are also 35 picturesque lakes of glacial origin. Other habitats comprise bogs, marshes, and virgin coniferous and broad-leaved forests. 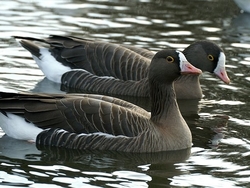 The Biosphere Reserve is located in the Northwest of the Smolensk region and belongs to Casblanca-Zapadnodvinskogo sandrovo-morenoa district. The Park has 35 lakes. Many of them are monuments of nature. The main part of the lakes refers to the Przheval'skaya group, numbering about 20 water bodies and confined to the marginal deposits of the glacier. Nearly a quarter of the nominated area is covered by swamps all types – upland, transitional and lowland, with occasional key and splaviny. On the nominated territory is surrounded by 16 small rivers and 3-4 orders of magnitude lower. The largest watersheds are in the southern and Western parts of the Park between the pools of Else, Hobzy and Polovyi. The total length of watercourses in the Park is about 700 km and Most of the rivers and streams of the Park are the watershed of the plateau occupied by forests. Forests cover three quarters of the territory of the national Park (74%), dominated by secondary forests. The zonal fir forest type is less than 25% of the forested area and for the most part are a complex spruce forest with admixture broad-leaved trees, preserved the old spruce forests of the first class. Meadows occupy less than 1 % of the territory and for the most part are of anthropogenic origin: originated on abandoned fields, logging or quarrying.

On the territory of the biosphere reserve inhabits 345 species of vertebrates. The mammals are represented by a complex of species, on the origin associated with adjacent natural areas of the taiga, deciduous forests, forest-steppe and steppe. In the composition of the ichthyofauna was 37 species of fish and lampreys. Invertebrate fauna with over 2,000 species. The territory included in the List of key ornithological territories of Russia of international importance, where was 234 species of birds, no less than 187 species nest here.

Currently the Biosphere Reserve has received considerable attention to issues of socio-economic development and ethno-cultural revival of the territory of the Smolensk lake area, preserved to the present characteristics of rural communities and way of life of local residents. A compromise between the interests of the local community and the development of a sustainable, environmental-oriented and event tourism is an important strategic objective of the biosphere reserve. National Park and biosphere reserve designed to not just save any particular area of nature, but also to incorporate the best in local culture and history, folk traditions and crafts of the North-West of Russia.

Besides tourism, most of the economic activities are related to the cultivation of potatoes and cereals, as well as livestock raising.