Sila Biosphere Reserve is located in Calabria, a Southern Italy region in the heart of the Mediterranean, and covers approximately 1,700 Km2. It includes the Sila National Park (PNS). The Sila area is a large rectangular upland containing the main mountains of the Sila uplands, found in the central part of the Calabria Region. The uplands form a magnificent and mature erosion surface with soft-contoured mountains scattered with higher mountain chains and peaks, from which the main rivers of the region descend (Crati, Tacina, Neto, Trionto, Savuto, Corace etc.).

There are glacial moraines between the altitudes of 1,600m and 1,750m on Mount Botte Donato, as well as several springs, lakes and seasonal lakes. The plateau consists of many different landscapes, stretching across over 400,000 hectares of alluvial plains and valleys. The hilly terraced terrain alternates with extensively flat areas and peaks that can reach up to nearly 2,000m, which is where the forest is the most predominant and peculiar element. 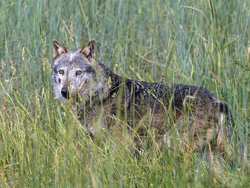 Sila’s landscape has been shaped by highly favorable ecological conditions with sub-Mediterranean pine forests with endemic black pines as its major ecosystem type. Thanks to its morphological and geographical characteristics, Sila Biosphere Reserve hosts a wide variety of natural environments, with different microclimates, according to the altitudes and directions. For this reason, the Sila Mountains include an extensive range of habitats, providing a biodiversity reserve of enormous importance in the Biogeographical region of the Mediterranean, rich in rare, local, and endemic species. Sila hosts approximately 1,000 types of vascular plants, of which 81 are endemic; over 210 species of vertebrates: 113 birds (82 nesting), 65 mammals, 16 reptiles, 12 amphibians, 6 fish; and a rich biodiversity of arthropods with an estimated number of over 15,000, with considerable local and regional endemic distribution. 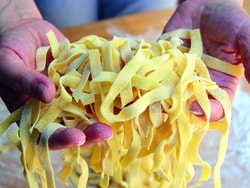 The Sila landscape has experienced interactions between humans and nature for over a thousand years and despite this, has always maintained harmony between human activities (mainly agricultural, animal breeding and forestry), the special physical and natural environment, and the urban settlements that have been amicably built up within its natural context. The population living in the 71 Municipalities within the biosphere reserve is about 386,000, 6,500 of which reside in the buffer zone.

Agriculture has been the historical and long-term traditional activity in  Sila (cultivation of the 'Sila potato' and common wheat). Wood supply chain and sustainable tourism are areas on expansion. Animal husbandry is another major agricultural activity in the Sila with the most common phenomenon being the transhumance of cattle; the seasonal migration of animals from the hills and mountains to the coastal plains and vice versa. The Calabria Region is the fourth in Italy for its number of protected products with 36 protected denominations falling mainly under the wine and charcuterie sectors.

The Sila National Park is visited each year by hundreds of tourists, the majority being schools from central and southern regions interested in the environmental education, nature and forestry activities these environments offer. Natured tourism has henceforth become the base of the local economy with over 500,000 yearly visitors.