This Biosphere Reserve and Natural Park includes the upper reaches of the Guadalquivir River together with a vast reservoir built for hydroelectric power generation, and extensive mountains and forests. The landscape is a mosaic of peaks, valleys, rocky gorges and vertical cliffs, and displays many typical karst limestone features. The Sierras of Cazorla, Segura y las Villas are part of a great mountain massif dominated by several peaks over 2,000 meters with Empanades being the highest. The forests are particularly notable. 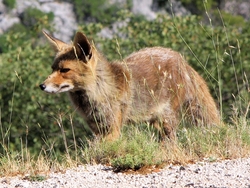 This is the largest protected area in Spain. It covers a series of limestone mountain lines in a NE-SW direction where carbonate rocks, limestone and dolomites predominate, with a great richness in fossils, and interspersed marl and detritic levels, mainly sand.

In addition to tectonic action, another great morphodynamic agent of these reliefs is water, and more specifically its action on carbonate rocks. It has ended up generating spectacular karstic landscapes, that enable various rivers. For this reason it represents an important reservoir of water resources, both surface and underground, constituting the headwaters of two important river basins: the Guadalquivir and the Segura, which provide refuges for flora from more northern latitudes. Its floristic catalogue amounts to some 2,228 species among which there are more than 30 local endemisms.

The diversity of habitats present in this space favours the presence of more than 200 species of inventoried vertebrates, with certain local endemisms such as the Valverde lizard (Algiroides marchi); its wealth of fish (trout, barbel, bogue) allows forf 16 inland fishing preserves, 22 fishing refuges and a fish farm; the large herbivores constitute its most emblematic fauna group with species such as deer, wild goats and wild boar.

Large herbivores constitute its most emblematic faunal group, with species such as deer, wild goats and wild boar. Birds of prey in particular stand out for their abundance and richness, and mention should be made to the Bearded Vulture Reintroduction Project. It is carried out in the Nursery Center in Captivity Guadalentín, in the heart of the Reserve. Its success brough back the species to the biosphere reserve since 2006. 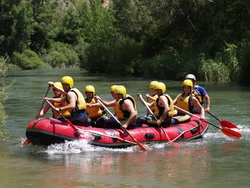 The socioeconomic structure of this Reserve is based on livestock, hunting, forestry, agriculture and fishing; activities that have been adapting to new needs and perspectives within the framework of sustainable development.

The biosphere reserve has been working on the recognition of the quality and specificity of some of its products, such as Segureño lamb and extra virgin olive oil.

It is worth highlighting the commitment to the quality and diversity of the forest products produced in the mountains of these mountains and the added value of the products with the seal of sustainable forest management through the Forest Certification of public forests. In addition to this, quality tourism, certified by the European Charter for Sustainable Tourism (EUROPARC), has a wide range of products on offer and includes, in addition to quality hospitality accommodation, museums, active tourism and other heritage interpretation services.