The geographical situation of this biosphere reserve near the Mediterranean and Atlantic coast (Gibraltar strait), and the altitudes of its mountains provoke the Mediterranean humid climate in Sierra de las Nieves. It consists of a great limestone mountainous landscape presenting rocks and lithologies belonging to the Betica Mountain Range.

The Biosphere Reserve includes limestone and peridotite mountains in the eastern sector of the Ronda hills with steep slopes, giving way to very deep valleys and a profusion of gullies, ravines and precipices.

The Karstic modelling of these mountains has shaped an abundance of caves and sink holes, among them the GESM, which with a freefall of 1,100 m is the third deepest in the world.

The Mediterranean climate, with the influence of humid ocean air, has given rise to all the Mediterranean bio-climatic layers and their associated vegetation, with the note worthy presence of 3,000 ha of Pinsapar (Abies pinsapo), a species of Spanish fir, together with forests of Portuguese Oak, HolmOak, Cork Oak and Pine.

The characteristic fauna in these high and medium-sized mountains includes populations of Mountain Goat, Roe Deer, Wild Boar and birds of prey such as the Royal Eagle, Bonelli’s Eagle and the Booted Eagle and the Peregrine Hawk. 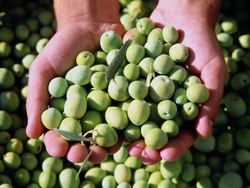 Its varied landscape is related to the type of use of natural resources maintained throughout history; a relationship that, based on agriculture, livestock and forestry (chestnuts, cork and pine wood), has given rise to such special trades as snowmaking, which preserved and moved snow and ice around the region, beekeeping or mushroom picking.

Tourism is an important activity in this Biosphere Reserve, both due to the richness of its natural environment and geological elements (ravines, gorges and chasms), and for the peculiarity of the urban landscape of its municipalities, not to mention its proximity to the Costa del Sol.