The Sierra Nevada is the highest mountain chain in the Iberian Peninsula with higher elevations found only in the Alps. 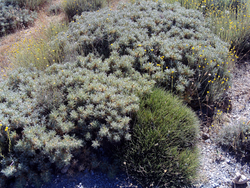 This Biosphere Reserve includes the inner mountain nucleus of the Cordillera Penibética mountain range which has the Spanish Peninsula’s highest peaks such as the Mulhacen peak at 3,482 m.

The steep mountain slopes area reflection of its past, modelled by glacial erosion. The dominating climate is continental Mediterranean, althoughit has strong variations in mean annual rainfall, ranging with altitude between 350 and 1,600 mm. The vegetation includes vast stretches of grasslands and highmountain scrubland, Pine, Juniper and deciduous and sclerophyllus forests.

But what confers an extraordinary value on the Sierra Nevada, in addition to its grandiosel andscapes, are the numerous unique and endemic species of flora found here, with over 1,700 different species recorded, 64 of which are endemic.

There are also numerous endemic invertebrates and high mountain emblematic species, such as the Mountain Goat, the Wall-creeper (Tichodroma muraria) and the Royal Eagle. 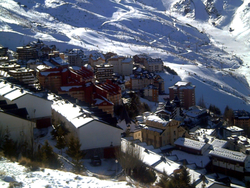 The socio-economic structure is organised on the basis of traditional techniques around fruit and vegetable, livestock and forestry products, to which improvements have been added throughout the process, from production to marketing, in order to gain in quality and excellence.

To this sector we must add the diversified tourist offer, particularly the activities promoted by the ski resort, as well as the possibility of practising sports such as trekking, mountaineering and mountain biking. Rural and gastronomic tourism in such picturesque regions as La Alpujarra is another of the most outstanding attractions.