Sierra de Grazalema is located in the limestone massifs shared by the Andalusian provinces of Cadiz and Malaga, the Sierra de Grazalema has a typical karstic morphology, which gives this protected natural area impressive geological phenomena. Furthermore, its rainfall index, one of the highest in the Iberian Peninsula, is a determining factor for the great diversity of ecosystems present in this region and, therefore, impressive biodiversity. 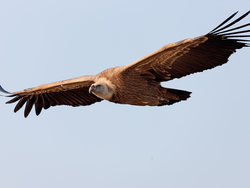 The 53,410 hectares of this protected natural space holds innumerable natural values, related to its very high environmental diversity and resulting biodiversity. Its microclimate, which is extraordinarily rainy - exceeding 2000mm per year - as it is one of the first mountain barriers encountered by the humid fronts of the Atlantic, giving rise to one of the most extensive forested patches in Spain. It contains a very representative sample of Spanish firs, a species of fir endemic to the mountain ranges of Cadiz and Malaga, and reminiscent of the firs that populated them during the glaciations. Together with these, there is a dense Mediterranean forest of holm oaks, cork oaks and gall oaks which, in addition to its intrinsic value, is home to more than 130 species of birds, 44 species of mammals, 24 species of reptiles and 10 species of amphibians.

With respect to its geological values, the karstic modeling of this mountain range translates into an abundance of canyons, caves and chasms, which together with the exuberant vegetation, models an abrupt and beautiful topography. 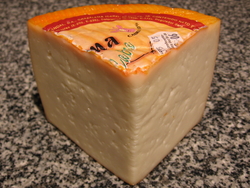 The Sierra de Grazalema, in addition to housing an infinite number of natural treasures, supports a model of extensive agriculture and livestock that, on the one hand, models the territory, and on the other, is one of the main economic engines of the region, along with nature tourism. Thus, the production of famous cheeses made from native breeds of goat and sheep, including some of the best in Spain and the world, oils from traditional mountain olive groves or artisan leather or wool workshops, is another of the main attractions for visitors