The Sayano-Shushenskiy Biosphere Reserve is located in the Krasnoyarsk Territory of Siberia on the ‘left bank’ of a large man-made reservoir, where the Yenisey valley cuts through the Western Sayan Mountain range.

The state natural biosphere reserve "Sayano-Shushensky" is nature protective, scientific and educational establishment of federal value which purpose is preservation and studying of the natural course of natural processes and the phenomena, genetic fund of plant and animal life, separate types of communities of plants and animals, typical and unique ecological systems of Western Sayan Mountains - the center of the biogeographical province of the Altai-Sayans highland relating to a biome of the mixed mountain forests and mountain systems of Palaearctic area. 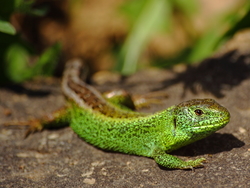 Covering a vast area with an elevation change from 400 to 2,735 meters above sea level, the biosphere reserve comprises a rich diversity of habitats. It includes extensive coniferous and mixed forests, sub-alpine and alpine meadows, mountain tundra, mountain steppe, taiga, streams and marshlands. There is a marked difference in climate and soils between north and south-facing slopes of the Sayan Mountains. The first, influenced by Atlantic air masses, is wetter than the latter which is more continental due to Arctic influence. 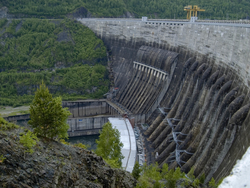