This new biosphere reserve is the first in the Madeira Archipelago. The site features a rich fauna and flora that incorporates a high degree of endemism. 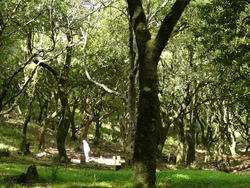 Madeira Island is characterized by having very steep relief and the coastal area is almost entirely composed of steep sea cliffs and some cliff deposits as a result of the retreat of the cliffs due to oceanic abrasion. In the center of the island there is a mountain massif composed of several mountains with altitudes above 1600 m, cut by numerous basaltic dykes and veins. In the eastern part of the massif, there is an extensive plateau with an average altitude of 1550 meters.

The link between coastal and central mountain massif is made up of several hills and valleys, resulting from the water weathering of bedrock. This geomorphological complexity results in a huge set of heterogeneous bio-climatic characteristics that create conditions for the existence of a wide diversity of native climatophylous broadleaf vegetation and unique habitats, especially the Macaronesian coasts with endemic vegetation, the Mediterranean laurel forest of the Canary laurel, the temperate laurel forest of the Madeira laurel and high-altitude heathlands.

The Biosphere Reserve corresponds to the entire onshore area of the municipality of Santana, and includes the adjacent marine area to the isobath of 200 m of depth. 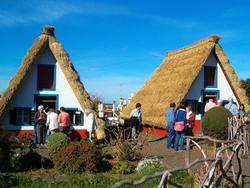 The total resident population in the area of the Biosphere Reserve is of 8591 inhabitants, of which 99% live in the transition zone, 1% in the buffer zone and 0% in core areas.

The core zones are Sites of Community Interest, which integrate Natura 2000 areas and the buffer zones correspond to ruled usage areas through various planning and management instruments. The transition zones consist mainly of rural land, urban and public and private plots, with rules for its use imposed by activities management plans.