The biosphere reserve of Real Sitio de San Ildefonso-El Espinar is located on the northwestern slope of the Sierra de Guadarrama (Iberian Central System) in the south of the province of Segovia, 50 kilometres from Madrid. 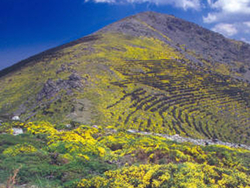 The biosphere reserve occupies a large cirque (a bowl-shaped depression) that opens to the north over the Segovia plains, comprising the highest peaks of the Guadarrama mountain range.

The vegetation of the northern slope of the Guadarrama mountain range is characterized by coarse grasses and scrub formations adapted to the extreme weather of the area, as well as pine and oak, and alluvial grasslands optimal for livestock.

Some of the most emblematic wildlife species of Spain, listed as endangered, are found in the biosphere reserve. These include the imperial eagle, black stork and black vulture, a large colony of roosting griffon vultures, and different species of peaks, chough, and migratory birds such as the eagle and black kite. 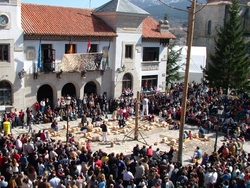 The population of the biosphere reserve comprises some 15 520 habitants concentrated mostly in the transition zone and highly variable according to the season.

The mountain of Valsaín is an important area of woodland and is of significant ecological, economic, aesthetic and social value. Economic activities include glass production, tourism and small-scale farming. The site also includes several research centres dedicated to forestry research and monitoring.