Located on the central axis of the eastern Pyrenees, in the north of Andorra, the Ordino Biosphere Reserve presents a good sampling of the mountain range’s biological diversity. Traditional agriculture and herding have shaped the landscape, dominated in part by forests of Scots pine, fir, sessile oak and hook pine. Notable for the protection of several rare and endangered species on the IUCN Red List, Ordino is home to the great Tetra, emblematic of the Pyrenees, the bearded vulture and the Pyrenees lizard, and it is a hotspot for Lepidoptera (butterflies). The main driver of economic development in the region has been tourism, which is highly dependent on the quality of the natural environment and the conservation of heritage. 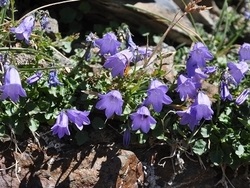 This biosphere reserve is characterized by its forest of Scots pine, fir, sessile oak and hook pine. The region located in the central Pyrenees mountains boasts a large biodiversity of flora and fauna. There are many endemic species including the Pallars lizard (Iberolacerta aurelioi) and the Pyrenean desman (Galemys pyrenaicus). The region is diverse from meadows where dense floral vegetation thrives to mountain peaks covered in snow. 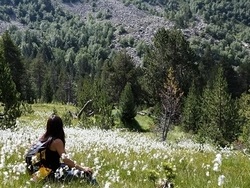 For a long time a land of subsistence, economic development in Andorra is very recent and dates back to the sixties of the last century.

A major destination in Andorra, Ordino attracts thousands of tourists every year, seeking its outdoors mostly for the practice of sports, such as skiing and hiking. The biosphere reserve aims to promote agriculture, farming and forestry, as a way of preserving what traditionally has been the area’s main economic activities.

Ordino has the goal of becoming an mountain ‘living lab’, and share sustainable experiences with counterparts in the World Network of Biosphere Reserves.