This biosphere reserve is situated in the estuary of the Taw and Torridge Rivers in North Devon. The core area comprises an active dune system with geomorphological and successional processes. Other habitats include a rocky foreshore, mud and sand flats, saltmarshes of various types, lowland farmland, grazing marsh, coastal heath, back-shore marsh as well as woodlands. 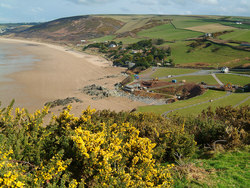 The BR is defined by the river catchments of North Devon feeding into the Atlantic Ocean and including the sea area to encompass the first marine reserve in the UK. The core area is a high quality example of an Atlantic facing dunes system with over 500 plant spp.

The core of biosphere reserve is a Special Area of conservation under the EU Habitats and Species Regulations; owned by the Christie Family for 400 years. The reserve includes the North Devon Area of Outstanding Natural Beauty and the sections of Dartmoor and Exmoor National Parks. 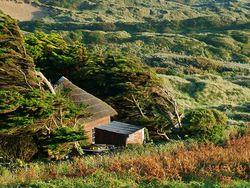 The area has an economic strategy that focuses on the environment as an economic driver. Activities in the area include: Tourism, agriculture, ship building, fishing, manufacturing and technology; recreation (surfing, sailing kayaking, golf, cycling, rock climbing, angling); funds have been drawn down to help support the development of low carbon economies.

The reserve includes a research station at North Wyke which is also a Environmental Change Network monitoring station. The site is close to Plymouth and Exeter Universities. The reserve team has developed foundation degrees in Sustainable development and new ways to engage the public in learning about their environment and culture. Schools have partnered in the area to develop specific geography learning website and other education packs. A school has been rebuilt as a carbon neutral college in support of the BR. Research has been done on climate change impacts, in particular sea level rise, diffuse pollution from a human as well as natural sciences perspective.