The Niagara Escarpment Biosphere Reserve in Ontario stretches 725 km from Lake Ontario (near Niagara Falls) to the tip of the Bruce Peninsula (between Georgian Bay and Lake Huron). The Escarpment corridor crosses two major biomes: boreal needle leaf forests in the north and temperate broadleaf forest in the south. 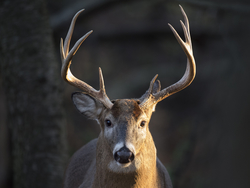 The Niagara Escarpment stretches 725 km along the entire eastern edge of the Bruce Peninsula, a globally significant area covering 1,700 km2 at the tip of which lies Bruce Peninsula National Park. Within the park the escarpment forms the Georgian Bay shoreline and constitutes part of the core area of the biosphere reserve. The park consists of an array of habitats ranging from rare alvars to dense forests and clean lakes, with over 1,000-year-old cedar trees growing among the rugged cliffs. Along with Fathom Five National Marine Park, the Brice Peninsula National Park facilitates access to the shores of Lake Huron, the fifth largest freshwater lake in the world. 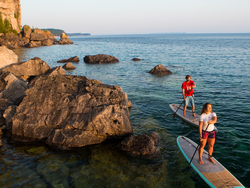 The combined population of all the upper and single tier areas that span the Niagara Escarpment Biosphere Reserve amounts to approximately 1,313,000 people, according to the 2011 Canadian census.

Economic development varies throughout the biosphere reserve in accordance with the diverse landscapes, natural resources and cultural attractions found along the Niagara Escarpment. Some local communities are facing lifestyle changes as new economies emerge, while others are coping with static, decreasing or aging populations and are searching for new ways to maintain the viability of local economies and cultures. Development pressures related to population growth in southern Ontario are also increasing, in particular the need for construction materials, residential expansion and provision of access to recreation spaces.

Prevailing trends over the past decade in the main sectors of the economy include the sustainable use of natural resources, mineral resource extraction, agro-tourism, production of local food and Niagara peninsula wine, and eco-tourism.