The Nedre Dalälven area has a varied landscape with a range of ecosystems linked to the local habitats. These include a large river with bays, lakes, tributaries and waterways, rapids, ravines, microhabitats in the farmland, river meadows, shore grasslands, productive forest lands, oldgrowth forest, freshwater swamp forest, broadleaf deciduous forest and grazing lands. The Nedre Dalälven is located in the borderland between the European broadleaf deciduous forest region, with a large proportion of hardwood trees, and the northern coniferous forest region. 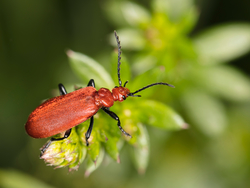 A large part of the core area consists of the Färnebofjärden National Park, which is known for its great biodiversity. The vegetation differs widely in different parts of the national park. The south features coniferous forests and marshes with a northern character, while the vegetation in the north is richer, with a large proportion of hardwood trees, primarily oak and lime.

The fauna is diverse and Färnebofjärden is known for its rich bird life. Over a hundred species of birds regularly breed here, including all seven Swedish woodpecker species, Ural owl, osprey and whooper swan. Mammals include strong populations of elk, roe deer, hare and marten. Other mammals found in the area include lynx, beaver, otter and bear. Wolf and wolverine have passed through the area. 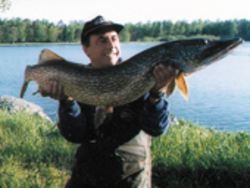 The Nedre Dalälven is located in the border areas between the four counties of Dalarna, Västmanland, Uppsala and Gävleborg, and encompasses rural parts of nine municipalities.

The local business sector is characterised by industrial activity, based on long-standing tradition and natural access to forest, ore and running water. There are still world-leading steel mills in the area: in Avesta, Långshyttan, Vikmanshyttan and Söderfors.

Forestry and the forest industry, as well as iron and steel, are the most important basic industries in the region. The forest as a raw material has led to the establishment of sawmills and the pulp, cardboard and paper industry, and was also one of the basic conditions for the mining industry.

Agriculture continues to be a key industry in the southern parts of the region, where it joins up with the flatlands of the Lake Mälaren valley and in the areas along the river in Southern Dalarna.

The landscape values and location of the region promote tourism companies and entrepreneurs. For many years the region has pursued sustainable development efforts, including several development projects.