Located about 32 km east of Montreal, Mont Saint-Hilaire is a steep-sided circular formation rising some 250 m above the Saint Lawrence plain. It comprises one of the last remnants of old growth deciduous forest in Quebec and hosts many rare and endangered species.

The biosphere reserve is located near a major urban region of some 3.5 million people. Increasing urban development around Mont Saint-Hilaire and a growing number of visitors has led to the multiplication of human disturbances and fragmentation of the forest, which once covered the entire Richelieu Valley. Tourism and agriculture are important contributors to the economies of the five towns, which form part of the transition area. 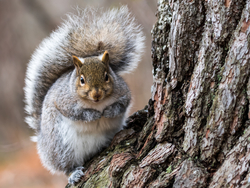 The Mont Saint-Hilaire Biosphere Reserve is a Monteregien hill, rich in natural beauty and cultural interest. It is located in a peri-urban area that hosts exceptional flora and fauna, and also contains unique minerals.

The forest of Mont Saint-Hilaire has never been exploited commercially and is of remarkable quality. It contains mainly maples and beech trees some of which are 400 years old. Over 600 species of vascular plants grow on the hill, over 30 of which are either endangered or vulnerable. The forest of Mont Saint-Hilaire also hosts numerous mammals, birds, reptiles and amphibians. About 30 species of mammals are found in the reserve, some of which can be seen on the roadside, lake and hill tops, such as the grey squirrel (Sciurus carolinensis), eastern chipmunk (Tamias striatus) or raccoon (Procyon lotor).

The biosphere reserve is also a notable site for birds-watchers, as 200 species have been recorded representing 60 per cent of all species present in south-western Quebec. This diverse wealth has been the inspiration for many artists, painters, poets and storytellers, and continues to inspire the residents of this rural and urban territory. 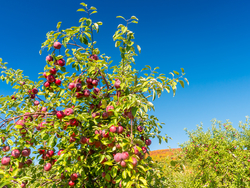 Settlement of local communities around Mont Saint-Hilaire dates back to the latter part of the eighteenth century. The original settlers were French colonists, followed in the early nineteenth century by immigrants from Scotland. The local economy was largely agriculturally based, with apple orchards well established on the lower outer slopes of Mont Saint-Hilaire by 1835. Currently, mixed agricultural production is the economic base for communities to the east and south, but to the north and west, agricultural land is being converted for urban uses.