The biosphere reserve is a real mosaic of landscapes, ecosystems and heritage. Its geographical location at the eastern end of the sedimentary Parisian basin characterizes the territory by a succession of reliefs called "cuestas", having a determining effect on the distribution of animal and plant species. The territory is thus composed of marly substrates rich in ponds in the west, marly-limestone plateaus covered with silts in the center, and sandstone formations in the east at the level of the Vosges massif. These different substrates partly condition the three main landscape entities of the territory: the Pays des étangs in the west, the agricultural valley of the Sarre river in the centre and the forest massifs of the Vosges in the east. These three landscape entities have their own characteristics in terms of natural, cultural and historical heritage of regional, national or international interest. 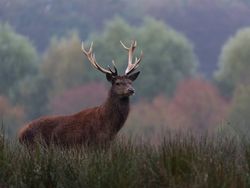 The avifauna richness of the Pays des étangs is recognized by the whole ornithological community of the French North-East and beyond the borders. No less than 54 species belonging to the "Birds" Directive of the Natura 2000 network are present throughout the year. A dozen other species belonging to the "Habitats-Fauna-Flora" Directive of the Natura 2000 network are listed, notably the Nathusis' Pipistrelle, a migratory species rarely observed in France, one of the fourteen species of bats that can be found in the Pays des étangs. Other species of community interest are present in the various wetland ecosystems: molluscs such as the Narrow Vertigo and the Des Moulins Vertigo; lepidopterans such as the Marsh Copper; fish such as the Bouvière; amphibians such as the Crested Newt; plants such as the Green Dicranium.

The valley of the Seille, after having been largely exploited for its salt resources, attracted the attention of naturalists because of its unique character. Numerous data on different taxa have made it possible to understand the biodiversity of the ecosystem. In 2007, there were 20 species of plants of regional interest on the site, including 13 strict halophilic species and 3 salt-tolerant species; 281 species of algae distributed in a specific and sometimes exclusive manner in different environments; 64 species of passerines; 521 species of invertebrates, including 27 halophilic species. These data are relatively impressive considering the small size of these ecosystems, and underline the regional and national importance of the site for biodiversity conservation.

Biodiversity in the forest areas is not to be outdone. In the "Réserve Biologique Domaniale Dirigée du Grossmann", a laboratory area, no less than 14 species of potential bats have been identified, two of which are on the red list of chiropterans in Alsace as vulnerable species, and one species classified as endangered (Rhinolophus hipposideros). The "Réserve Biologique Domaniale Dirigée du Grossmann" is also an important place for entomofauna, especially thanks to the senescence plots, since 274 saproxylic species have been observed, out of a total of 367 species of beetles, of which 38 are heritage species, including 31 bio-indicator species. It is also the habitat of many nesting birds such as the Little Owl, the Hazel Grouse or the Tengmalm's Owl. 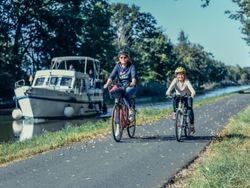 The territory is deeply rural, and agriculture is oriented towards sheep and cattle breeding considered as extensive. At the same time, the territory benefits from a growing economic development, mainly around two poles: Sarrebourg and Phalsbourg. These two facets are nevertheless compatible. For example, the Leclerc hypermarket located in Sarrebourg contributes greatly to the selection of local producers and the local sale of livestock products, benefiting from the presence of a local slaughterhouse. This example, among others, reflects a social and political will to return to local production, a feeling exacerbated by the pandemic and the confinement of 2020. It is also a central theme of the Pays de Sarrebourg's Territorial Food Plan, which aims to promote sustainable and local agricultural practices.

The economic and human development of the territory also involves tourism, which has a diversified panel: The Sainte-Croix Animal Park is another example of sustainable practices within a company, and is a pioneer in many areas in France (best animal park in 2019 and 2020), and in Europe (first animal park to obtain an ecolabel). It also participates in programs for the reintroduction of endangered species on an international scale. It has a wood-fired boiler room that has provided all of its heating needs since 2008. Center Parcs ensures sustainable management of 60% of the waste generated by its activity, and continues to work on reducing it. These private tourism players, as well as the tourist offices and local players, are committed to sustainable development.