Moen (Møn) biosphere reserve is a series of islands and islets located in the southern Baltic Sea covering 45,118 ha. There are woodlands, grasslands, pastures, wetlands, coastal areas, ponds and steep hills. This biosphere reserve counts with a number of small villages, scattered farms and residential areas with a total population of some 45,000. The main activities are trade, agriculture, fisheries and tourism. 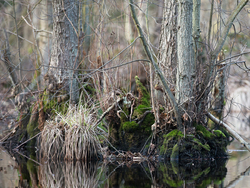 Since the last ice released its grip on the area, post-glacial processes have modelled the landscape in the candidate area – and continue to do so. Elevated sea floor and beach ridges comprise characteristic landscape features. A combination of the isostatic rise of the land in post-glacial times and the marine erosion and transport of sediments from the coast further east has constructed the landscape around Ulvshale and Nyord.

The sea surrounding the biosphere area varies from brackish water in the western part to the more saline water in the east. The marine part of the biosphere candidate area includes nature types as coastal lagoon and stone reef as well as a series of features like mudflats and sand flats that are exposed at low tide.

A variety of rare plants, up to 18 different orchid species, red-listed birds such as the Peregrine Falcon and the Red Kite and not less than 112 red-listed species of fungi, where 11 species has not been found elsewhere in Denmark, can be found. 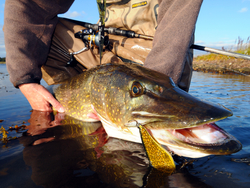 The bioshere reserve is part of the Municipality Vordingborg with approximately 45.000 residents. About 10.000 residents live in the area of the biosphere reserve. The population is broadly composed by Danes, immigrants from EU countries and a small group of people from non-western countries. The language spoken is danish with local dialects.

The cultural heritage of diverse and exceptional cultural monuments is cherished and protected. The 119 megalithic tombs are preserved and date back from the prehistoric Denmark. Among the more than 60 megalithic tombs, known only in the Western part of Møn, three are of national importance: the passage graves "Klekkende Høj”, "Kong Asgers Høj" and the long barrow “Grønsalen”. Medieval life and heritage are preserved in Møn's beautiful churches, decorated with unique frescoes and the market town Stege with its ancient city gate, ramparts and the church.