The Minett reserve in southern Luxembourg is the first biosphere reserve in the country. The park covers over 200 kilometres, approximately 1/10th of the country. The reserve is home to 80 km trail, named for its distinctive red path. The Red Rock Trail is a popular destination for hikers and bikers. This reserve shares a border with France. 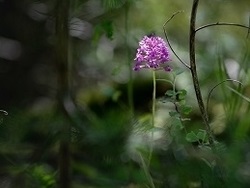 The Minett Biosphere Reserve's core area  encompasses green valleys, sunny plateaus, vast woods, and beautiful cliffs. Its mixes its natural components with its historical mines, and urbanization in an unique harmony. Watercourses and their immediate environment
(banks, wet meadows, reed beds, alluvial forests) form connecting corridors between distant biotopes each other and provide a diverse habitat for of many animal and plant species.

The Minette region is one of the most important wintering sites for bats in Luxembourg, due to the extensive network of mine shafts and tunnels that remain from the mining era and that shaped the landscape during its exploitation. These sites lend themselves perfectly to swarming and wintering and are not only of national but also of regional importance, since the proximity of the Minette region, close to the country's border, allows transregional movements between bat populations. 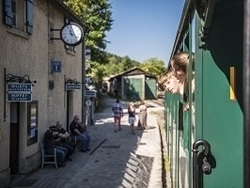 The region is home to more than 171,000 people. Its inhabitants represent nearly a third of the national population. The urban space is dense. The South is the second most populated core of Luxembourg after the Luxembourg City region and the second largest employment area in the country.

A host region for more than a century, the South continues to attract foreigners. On average, 46% of residents are foreigners. With nearly 150 nationalities. The population of the Southern region is multicultural, dynamic and cosmopolitan, and has been urbanizing at the pace of industrialization.

Beside an urbanized landscape full of contrasts, industrial wastelands rub shoulders with landscapes and biotopes which have emerged throughout the industrial basin. These zones are a perfect illustration of the interactions between man and the environment.
biosphere.