Located at the border with Finland, the site comprises the Kostomukshsky reserve and contains one of the oldest intact north-taiga forests in Northwest Russia. Some 30,000 permanent inhabitants live in this biosphere reserve, with a surface area of 345,700 ha. The north-taiga forests are essential for the reproduction of many bird species. The local population lives from forestry, agriculture, fishing, hunting and gathering non-timber forest products. 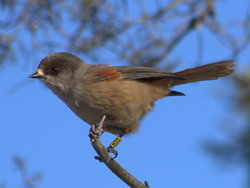 The Biosphere Reserve is located on the eastern side of the Western-Karelian Upland. Ultimate absolute elevation marks vary from 250 to above sea level. The terrain is rugged, and relative elevation varies from 20 to 100 m.

The Biosphere Reserve displays a wide range of typical and unique north-taiga ecosystems. Forests which have never been clear-cut are well-managed. Lower-intensity selective cutting covered only river banks, lake shores and the nearest surroundings of old villages. This is demonstrative for northern Europe, where few extensive forests have survived. The BR is located in one of such forests covering about 300 thousand ha. It will thus be Fennoscandia’s largest biosphere reserve and Europe’s westernmost reserve with well-preserved primeval pine taiga forests of well-defined pyrogenic genesis. The reserve also exhibits the peat bog and freshwater White Sea ecosystems typical of north taiga. 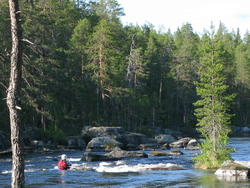 The majority of the employable population of the biosphere reserve area is involved in tourism. Old villages, such as Voknavolok, Borovoy, Voinitsa, etc., maintain their native culture and language glorified in the Kalevala epos and contribute to moral education and cognitive tourism. Many folklore collectors, ethnographers, historians and archaeologists come there to look for national roots. Economic activities in Kostomukshsky State Reserve can only be conducted in accordance with the Status of the facility Kostomukshsky State Reserve (the Russian segment of Russian-Finnish Friendship Reserve) and consist of forestry, hunting, fishing and excursions.