The biosphere reserve encompasses a mosaic of ecological systems that represent the Mediterranean Basin's version of the global “evergreen sclerophyllous forests, woodlands and scrub” ecosystem types. 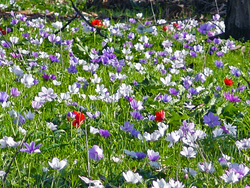 The region is primarily hilly with an average altitude of 300 meters and a maximum altitude of 400 meters above sea level. The cross section from southeast to northwest reveals a syncline between the Carmel Hills and the Hills of Um El Fakhem. A transect from southwest to northeast reveals an asymmetrical landscape: from the "water divide" eastward the land steeply descends to the Yizrael Valley and westwards gently slope towards the sea. Subsequently the streams flowing east that drain into the Kishon River are short with sharp inclines, whereas the streams flowing west that drain into the Mediterranean Sea are long with a slow drop. 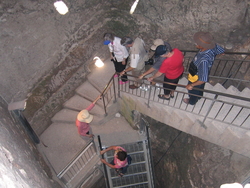 There are 13 cooperative agricultural communities, residing in settlements established between 1922 to 1952 within the proposed BR. Of these 9 operate as “kibbutz”, whereby all production means, land rights, homes, and community institutions are collectively owned, and 4 operate as “moshav”, whereby each family has its own land rights, home and means of production but some agricultural activities are collectively carried out. Agriculture was originally nearly the sole source of income but light industries later took off as well, and an increasing number of members of the communities are engaged in an increasing diversity of professions, including arts and crafts. The total population is 10,000.

The boundaries of the BR fully overlap with the municipal boundaries of the Megiddo Regional Council (total area of 17,369ha [17.3km2]) whose governing council is made up of democratically elected representative of each of the communities/settlements. About 95% of the land of the proposed BR is state property leased to the agricultural communities’ cooperatives and to their members for agricultural, housing, and light industry purposes. Afforestation areas are managed by a national agency, the Jewish National Fund, commissioned by the Government of Israel for this assignment; and nature reserves are managed by a government agency, the INPA.