The Marismas del Odiel Biosphere Reserve is located in the Province of Huelva, at the mouth of the Odiel River. It is also a Ramsar site and a Special zone for birds protection in the European Union. 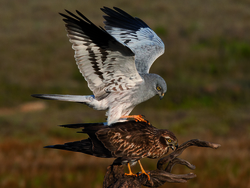 Tidal marshes scattered with islands bordered by many streams, beaches and dune systems. The erosion and sedimentation processes taking place give rise to rapid morphological changes.

The Mediterranean climate is softened by the influence of the ocean with a mean annual rainfall a little above 500 mm. The wetland vegetation is dominated by halophile species (adapted to the high salt content of the soil).

There are also strips of Italian StonePine and Spanish Juniper. The extraordinary wealth of bird life in the area is to be noted and includes species such as the Grey Heron, the Purple Heron, the Western Marsh Harrier and the Spoonbill (one third of the wholeEuropean nesting population is to be found in the Marismasdel Odiel).

After Doñana, with which for reasons of proximity it maintains a continuous link, Marismas del Odiel is considered to be the second most important wetland area for water fowl in Spain based on the diversity of species recorded. 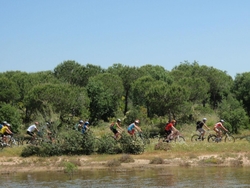 The main activities in the area are agriculture and fishing. In terms of the former, it is of the traditional kind and major crops are cereals, olives and citrics. Lately, red berries have been cultivated as well. Fishing and shell-fishing, on the other hand, is responsible for one of the region's biggest share in incomes. In fact, the Biosphere Reseve has implemented several reduction and control measures to ensure the sustainable development of this activity.

Tourism has always played an important role in the local economy. However, while the place was traditionally a beach destination, nowadays eco-tourism is being fostered as well, in a way the region is not so dependent on the seasons.

Other activities include, salt mining and an industrial chemical plant with high contamination potential. The Biosphere Reserve has initiated integrated management processes to mitigate it.