Mantaritza Biosphere Reserve is situated to the north of Golyama Syutka Peak in the Rhodope Mountains and covers an area of 1319,9 hectares. The reserve was established in 1968 to protect the old coniferous forests and the biotopes of the cock-of-the-wood (Tetrao urogalus). The area was declared as biosphere reserve in 1977. It represents century-old forests of pure and mixed stands of Norway spruce (Picea abies), beech (Fagus sylvatica) and silver fir (Abies alba). 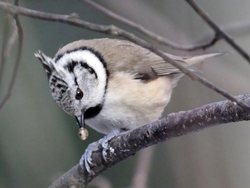 The reserve was initially established to protect the well preserved virgin coniferous forests and and localities of the Western capercaillie (Tetrao urogallus). Its territory ranges between 1200 and 1900 m a.s.l. The climate is transitional-continental (mountainous). The reserve comprises one major type of ecosystems – forests. Almost the whole area (99.6%) is covered by forests – mainly coniferous – of Picea abies, Pinus sylvestris and Abies alba but also some deciduous forests of Fagus sylvatica. Vascular plant diversity includes 124 species. The area is important for maintaining a population of Tetrao urogallus (Western capercaillie, Wood grouse) and other valuable fauna, e.g. 12 species of amphibians and reptiles, 52 bird species, 39 mammals, as well as a number of macromycete species of conservation concern.

Tourism in the reserve is very restricted, only hicking tourism along the marked tourist trail. No data for the number of visitors neither for the impact of tourism on local economy.