The landscape of the Manicouagan – Uapishka Biosphere Reserve is dominated by the Saint Lawrence River to the south and the Manicouagan reservoir to the north, forming a circle visible from great distances, even from space. They are linked by a web of rivers, which flow through vast woodlands.

The Manicouagan – Uapishka Biosphere Reserve is a testament to some of the most powerful phenomena the Earth has ever known. It was formed by the patient erosion of millions of years, combined with the collision of a huge meteorite, the crushing passage of glaciers and an ancient sea that smoothed the land. The impact of the meteorite formed the crater and circular lake that characterize this biosphere reserve.

The hinterland of the Manicouagan – Uapishka area consists of a vast dry plateau. Its surface is formed by hills ranging between 400 m and 600 m, separated by rectilinear valleys and surrounded by the Groulx Mountains massif, which is characterized by about 30 mountains over 1000 m in height. 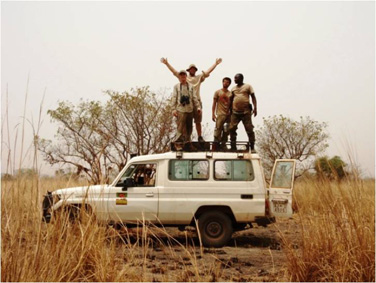 The area also contains an Indian reserve with a resident population of about 2,500 inhabitants. The Manicouagan population along the coastline has over time become almost exclusively French with the descendants of ancient indigenous families living on the Pessamit reserve.