Situated in Kentucky, the Mammoth Cave Area Biosphere Reserve represents a karst system characterized by complex underground water courses and a multilayered cave system with unique fauna and mineralization features. It is also of interest from a cultural point of view since prehistoric peoples explored and extracted minerals from the caves, used them for shelter, and cultivated the surface area. 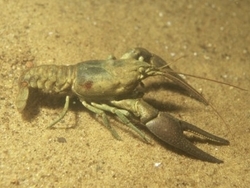 The Mammoth Cave Area Biosphere Reserve encompasses 909,328 acres in six counties within the Pennyroyal Plateau biogeographic region. This area of Kentucky features rolling hills, caves, and karst topography in general. This kind of formation has enabled the formation of the world's most extensive cave system.

The fauna of Mammoth Cave is among the most diverse cave-dwelling wildlife know, with more than 130 animal species regularly occuring within the cave system. The park has also one of the highest subterranean biodiversities worldwide, with 41 species of cave-adapted organisms. 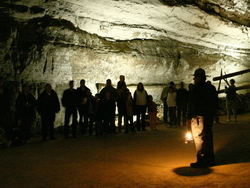 The biosphere reserve is a rural area where farming has been an economic mainstay since prehistory. In more recent times, also light industry, service industry and tourism become increasingly important for the about 67,600 people living in the biosphere reserve. The most significant issue for the biosphere reserve is to achieve sustainable development that improves the economic and social well-being of local people, and is compatible with conservation values. The biosphere reserve serves as a framework for supporting the local community’s needs for economic development within the context of ecosystem management. Of particular concern to the Mammoth Cave Area is the impact of agricultural, commercial, and residential land use on ecosystems - especially with respect to the effects of groundwater pollution on cave biota.