It is rich in biodiversity and home to thousands of native species, including 150 fern species and 240 tree species, 23 of which are only found within the reserve (USDA Forest Service 2016). 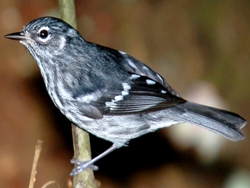 The forests in the biosphere reserve are classified into four types. Vegetation in the lower elevations consists of the lower montane rainforest or the subtropical wet forests with the dominating tabonuco tree (Dacryodes excelsa). The montane thicket or lower montane forest occupies the gentle slopes above 600 meters elevation with the characteristic Colorado tree (Cyrilla racemiflora). Sierra palm (Prestoea acuminata) is associated with unstable soils and dwarf forests occupy the highest elevations. 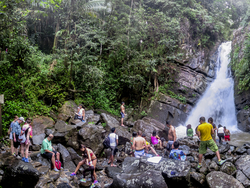 This Biosphere Reserve is situated in a region that, like much of the rest of Puerto Rico, has seen significant shifts in population and land use dynamics over the past century and longer. Originally nearly completely forested, the region had been almost entirely cleared for agricultural uses, including coffee, bananas, and subsistence farming by the early 1930s, while the peaks of the Luquillo Mountains were largely left untouched.

As industrialization and economic development expanded across Puerto Rico, by the mid-1900s, a large part of the island’s converted lands had been abandoned and later returned to forest through natural regeneration, active planting, or both, including most of the lower elevations of the EYNF/LEF Biosphere Reserve (Birdsey and Weaver 1982; Lugo et al. 2004; Brandeis et al. 2007). Consequently, today, the Reserve is surrounded by a complex matrix of land covers and uses, including dense forest, coastline, agricultural fields, pastures, urban centers, and suburban sprawl.