The biosphere reserve comprises part of the Lake Vänern drainage basin.This lake is the largest lake in Sweden and the third largest in Europe. 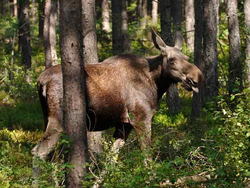 In the western part of the area is Hindens rev, a long glacial moraine that stretches 5 km in the lake. Hindens rev is part of the so called middle Swedish ice marginal zone, resulting from the receding inland ice 10,000 years ago.

The area also includes boulder-ridges and sand-ridges. South-west of Mount Kinnekulleis the only species-rich highly calcareous fen outside the lime-rich area, the so called Skebykärret. The area south and south-west of the plateau mountains consists of relatively flat cultural landscape, dominated by agriculture.

Large areas of contiguous forest occur in the archipelago as well as in the southern and eastern parts of the area. Along the 350 km long Lake Vänern coast there are a number of sites with reed areas and rich bird life. Thelargest contiguous reed area is found at Lake Dättern inthe south-western part of the area. The islands and skerriesin the archipelago include extensive sandy beachesand dunes, rocks, flat-rock pine forest and bilberryspruce forest. Torsö, the largest island in Lake Vänern, is home to a wetland area.

The area includes five rivers of which the two largest, Tidan and Lidan discharge in Lake Vänern at the two largest population centres Lidköpingand Mariestad. The three smaller rivers, Friaån,Sjöråsån and Mariedalsån run through the agricultural landscape before discharging in Lake Vänern. 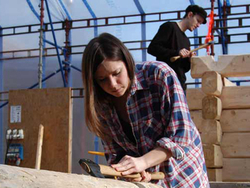