Situated in central-western Spain, La Siberia Biosphere Reserve features major freshwater reservoirs along the Guadiana and Zújar rivers in a landscape of large plains and oak forests. To the north and northeast it borders the region of Villuercas-Jara-Ibores, which has been designated a Geopark. The wide variety of habitats in the reserve which are home to a highly diverse flora and fauna and include extensive plains and forest formations. Sustainable development plans to boost social and economic activity have been developed to curb emigration, which has led to a 57% decline in the local human population since the 1960s. 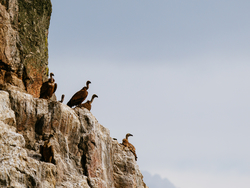 The biosphere reserve area is located in the northeast of the province of Badajoz in the central-western part of Spain. A number of major freshwater reservoirs are found on the courses of the rivers Guadiana and Zújar, which traverse La Siberia. These play an important role for the wide variety of habitats in the reserve which are home to a highly diverse flora and fauna and include extensive plains and forest formations.

Despite the great diversity and rich fauna, five species are in danger of extinction, 19 are vulnerable and 158 are on the List of Wild Species under a Special Protection Regime. Endangered mammals include the Iberian lynx (Lynx pardinus) and horseshoe bats (Rhinolophus ferrumequinum and Rhinolophus serotinum). A number of emblematic bird species are found in the area including the Iberian imperial eagle (Aquila adalberti), the golden kite (Milvus milvus), the black vulture (Aegypius monachus) and the black stork (Ciconia nigra). Noted reptile species include the ocellated lizard (Lacerta lepida), the Mediterranean pond turtle (Mauremys leprosa) and the Lataste’s viper (Vipera latasti).

The area includes the Embalse de Orellana Ramsar site. Of the total surface area of the reserve, 43.27% forms part of the Natura 2000 Network. 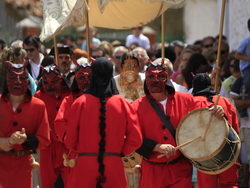 From the 1960s onwards, the area began to experience a demographic decline, which led to the loss of 57.12% of the human population. As of 2016, around 11,200 people inhabited the 11 localities that form the biosphere reserve.

La Siberia, and the model of social and economic development that it entails, has a high potential to boost social and economic activity, and curb emigration among the young population. The Biosphere Reserve produces prized organic products including cork, charcoal, firewood and honey, and supports organic livestock. The reserve is also notable for the presence of merino black sheep, which are perfectly adapted to the territory and make use of resources in a sustainable manner.