Krkonoše/Karkonosze is a transboundary biosphere reserve located in north-western Czech Republic and south-western Poland. The Krkonoše/Karkonosze Mountains form part of the Sudetes in north-east Bohemia, a mountain system shared between the Czech Republic, Germany and Poland. The reserve represents a unique island of arctic nature in Central Europe and an extraordinary crossroads where arctic and alpine, lowland and mountain elements mingle within a relatively small territory. The area is known for its high biodiversity spread across four altitudinal vegetation belts.

Human activities have modified nature and the landscape throughout the entire territory of the Krkonoše Mountains over the last four centuries. Today, the area is a popular tourist destination for hikers and skiers, especially on the Czech side. 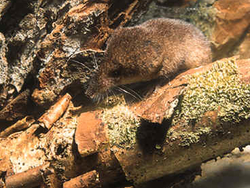 The Krkonoše Mountains form part of the Sudetes lying on the northern fringe of the Bohemian massif. Two main ridges are connected by two summit etch plains. A steep tectonic slope forms the Polish side of the mountains, while on the Czech side several parallel ranges divided by river valleys project from the main ridges. Several glacial lakes occur on the Polish side of the mountains, and a complex of subarctic peat bogs are found on the summit plateau along both sides of the border.

Four distinct altitudinal vegetation belts are defined in the mountain range ranging from the submontane in the foothills, up to the montane and subalpine, and the alpine belt in the highest altitude. This diversity of habitats creates a rich biodiversity. Animal species include the Alpine shrew (Sorex alpinus), the western capercaillie (Tetrao urogallus), the peregrine falcon (Falco peregrinus) and the lesser horseshoe bat (Rhinolophus hipposideros).

The reserve contains two Ramsar Wetland Sites: the subalpine peatbogs in Karkonosze Mountains located on the Polish side and Krkonošská rašeliniště on the Czech side. 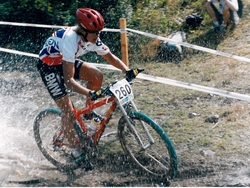 Tourism is the most important economic activity in the reserve; approximately 80% of the local population depends directly or indirectly on tourism. The three most important touristic centres for sport and recreation (Špindlerův Mlýn, Pec pod Snezkou and Harrachov) are located in the Czech Republic. Forestry and agriculture are the other principal activities in the region.