The landscape of Kologrivsky Forest in the north-eastern part of the Russian Plain features landscapes influenced by human activities as well as undisturbed southern taiga ecosystems, including pine forests, spruce forests, small-leaved forests, marshes, meadows and water reservoirs. There are over 1,000 species of flora and fauna registered in the biosphere reserve, including four floral and 13 fauna species inscribed on the Red List of Threatened Species of the Russian Federation. That list also includes some birds nesting in the reserve, among them the willow ptarmigan (Lagopus lagopus rossicus), the osprey (Pandion haliaetus), the eagle owl and the azure tit (Parus cyanus). Eco-tourism is a strategic activity for the sustainable development of the area which experiences seasonal population increases approaching 50% and high unemployment. 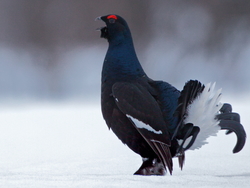 The biosphere reserve, located in the north-west of Kostroma Region, is a unique centre for preserving landscapes and the genetic diversity of Kologriv, Manturovo, Neya, Chukhloma and Parfenyevo municipal districts. The reserve’s core includes the territory of the State nature reserve Kologrivsky Forest, which consists of two clusters: Kologriv and Manturovo parts of the reserve.

The woodland of the area is typical southern taiga, one of the oldest in central Russia, which has not been influenced by human activities. Species of flora and fauna, unable to survive in commercial forests, thrive in this area due to the presence of young trees, old-age trees and deadwood combined.

The biosphere reserve is characterized by autochthonous dark coniferous forests, the only surviving ones in the southern-taiga. This particular woodland shows an almost optimal reproduction, energy efficiency and a balanced structure, i.e. the optimal ratio between the biota and the abiotic element, the environment, which implies the need in special conservation of the area.

Twenty lichen species are common indicators of old-age forests, disappearing elsewhere because of tree felling and air pollution. The species that are considered to show the quality of the environment are the lung lichen (Lobaria pulmonaria), several species of Bryoria and Usnea.

The basis of the avifauna (78 species) is made up of forest bird species, who mainly dwell in the tree tier, shrubs and the grass tier of the forest. Small areas of shrubs alternating with meadows, wastelands and forest roads (similar to forest-meadow habitats in the Kologrivsky site) are inhabited by 16 species that use freshly cut out areas. Meadows and high herbage in the meadows are populated by 21 species of birds; swampy areas with small reservoirs – by 13 species; habitats with water reservoirs (rivers, streams) by altogether 30 species, most of which belong to the waterfowl or sandpipers.

Some birds nesting in the reserve are on the Red List of the Russian Federation. These include the willow ptarmigan (Lagopus lagopus rossicus), the osprey (Pandion haliaetus), the eagle owl, the azure tit (Parus cyanus), the grey shrike (Laniusex cubitor), the oystercatcher (Haematopusos tralegus), the serpent eagle (Circaetus gallicus), the common eagle (Aquila chrysaetus), the great spotted eagle (Aquila clanda), the peregrine (Falcoperegrinus Tunstall), the gyrfalcon (Falcorus ticolus), the great curlew (Numenius arguatus). Out of the birds found and nesting in the reserve and its surroundings, 39 species are on the Red List of Kostroma region. 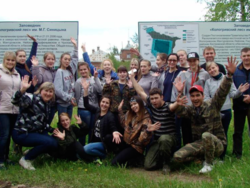 While Kostroma Region is gradually being completely transformed by human activity, the reserve territory remains a classical standard of untouched southern taiga and, therefore, can serve as a site of research and eco-monitoring. The biosphere reserve plans to continue its research programme and the environmental monitoring both on a regular basis and within international projects.

The materials, analysing the condition of the ecosystems in the reserve and on the adjacent territories, shows that the proposed biosphere reserve will have a positive effect on the social and economic development of the area through sustainable forestry, rational agriculture and traditional trades (fishing, gathering wild plants, hunting). The landscape of the biosphere reserve is highly attractive for those tourists who prefer to spend time “in the wild”. In recent years, more and more researchers have registered their interest in the core of the biosphere reserve. The majority of the able working force in the reserve area is employed in tourism.

The reserve landscape is highly attractive for tourists from urbanized countries and Russian regions. The outstanding recreational, even unique, value of certain attractions will contribute to the development of tourism alongside with the development of the reserve. It will create additional working places for the local population and expand the tourist infrastructure: hotels, guesthouses, restaurants, travel agencies, to provide activities along tourist routes.