The Kiskunság Biosphere Reserve and National Park are of priority importance with regard to conservation of biological diversity in the Pannonian Biogeographical Region. The territory of the Biosphere Reserve had been designated as a national park in 1975; three parts of the Biosphere Reserve are wetlands of international importance, according to the Ramsar Convention, since 1979, 1997 and 2006; and comprises several Natura 2000 sites under the EU Birds Directive and Habitats Directive since 2004. The Kolon-tó at Izsák is a Biogenetic Reserve since 1995.

The diverse terrestrial and aquatic habitat mosaics support a rich flora and fauna including a number of species which are otherwise endangered, threatened, or rare in Hungary. 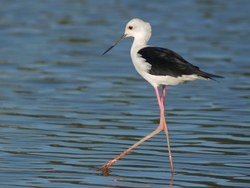 The fauna of the sodic lands is just as unique as their flora. The sodic grasslands with patches of water are home to a world of land insects adjusted to the sodic environment and the puszta. Frequent herbivorous insects on the sodic grasslands are the (Dociostaurus brevicollis) or the Moroccan locust (Dociostaurus maroccanus). The endemic (Saragossa porosa kenderiensis) also lives here.

Out of the typical sodic nesting birds, the number of the pied avocet (Recurvirostra avosetta) exceeds 100 pairs in a good year, but its migrating colonies tend to be over 200. The number of nesting black-winged stilts (Himantopus himantopus) and of the Kentish plover (Charadrius alexandrinus) tends to be smaller, but steady.

With its colourful world of horse-breeding farms, village tourism, spas, wines, food specialities and various cultural and ethnographical values, the Danube-Tisza Interfluve region provides great opportunities for tourism. The true aspect of the landscape and the untouched beauties of nature are to be traced in nature conservation areas.

Within the protected areas there are now numerous tourist trails, study trails and lookouts, all contributing to a unique experience of the Kiskunság. Our exhibition venues offer the opportunity to get aquainted with the natural heritage and cultural history of the region.