The Julian Alps is a region from the Southern Limestone Alps where northeastern Italy joins Slovenia. The Slovenian Julian Alps biosphere reserve, which includes Triglav National Park, was designated in 2003. The Biosphere Reserve constitutes an important Alpine corridor, notably for large carnivores as well as birds. The area is also a meeting place of the Latin and Slav worlds with millennia of cultural interaction testified by its multitude of dialects, settlement methods, agricultural and artistic practices. 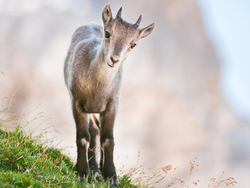 The specific biological nature of the Biosphere Reserve is determined by several factors among which, its biogeographic collocation, elevation gradient and abundant rainfall are particularly relevant. In fact, from a biogeographical point of view, by following the Udvardy Classification system, the proposed Biosphere Reserve is situated within the “Central European Highlands” biogeographical province, in close proximity to the “Balkan Highlands” and not far from the “Middle European Forest” and the “Mediterranean Sclerophyll”. In respect of the Habitats Directive (Directive n. 92/43/EEC), the area is located on the border between the Alpine and continental regions and it shows significant traces of the influence of the Mediterranean region.

Among the species found in the area, there are brown bears, lynxes, otters and wildcats, for example. 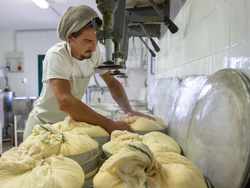 All Municipalities in the Biosphere Reserve have promoted several initiatives aimed at the promotion and creation of outdoor activities (a widespread footpath network, walks, trekking, outdoor activities, bicycle touring), others are developing around the completion of the international Alpe Adria cycle route and the widespread network of museums and associations.

In the agricultural field, there are prestigious local product development activities (pumpkin, garlic, bread, flour and truffles...) that have led to the recognition of three Slow Food presidia (Resia Garlic, “Pan di Sorc” (Bread from Sorc) and Latteria Turnaria Cheese) and several manufacturing processes and preparations have been inserted into the MIPAAF list of traditional agri-food products. There are many projects in projects, bucking the trend with the descent into the valley of inhabitants and enterprises, recognising the utility of monitoring the upper and internal territories, with regards to the overall hydrogeological capacity, habitat maintenance, the establishment of new tourism-related and high-quality production activities.