Isle Royale Biosphere Reserve and National Park is a remote island archipelago, situated in the northwestern portion of Lake Superior (Michigan). The park offers outstanding possibilities for research in a remote ecosystem where human influences are limited. 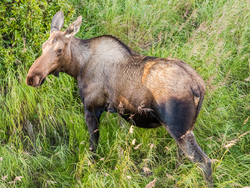 Timber harvest of white pine (Pinus strobus) and sugar maple (Acer saccharum) for syrup has occurred in the past. Acid rain as well as high levels of PCB’s in the lakes may have severe impacts on the natural ecosystems. An atmospheric monitoring station is situated within the national park.

The area's most important economic activity is tourism. The Island is a tourism destination with some of the highest repeat use, according to data from the US National Park System (NPS).