The Isle of Wight Biosphere Reserve is home to 140,000 inhabitants, making it the second most populous island in northern Europe. The Isle of Wight has a strong tradition of environmental action with numerous projects and initiatives promoting environmental education and awareness, increased community engagement, and healthier lifestyles and diets. The island is also developing eco-tourism and working with universities and institutions to foster environmental innovation and attract new investment, and testing new measures for climate change mitigation and adaptation. 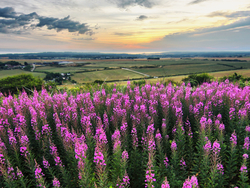 The Isle of Wight represents a unique assemblage of species. It is a nexus between the northern most point for some species and the southernmost for others, for example; the Glanville Fritillary is found in abundance on the southern cliffs of the Island, yet is exceptionally rare elsewhere in Britain. The Isle of Wight has no endemic species, as the Island’s isolation is relatively recent (7,000 years ago), although endemic sub-species or varieties may yet be found among the lower animals and plants. The Island is home to species that occur nowhere else in Britain, most notably the early gentian.

The Isle of Wight woodlands are unique in the UK for the co-existence of stable populations of red squirrel (Scuirus vulgaris), hazel dormouse (Muscardinus avellanarius), Bechstein bat (Myotis bechstenii) and barbastelle bat (Barbastella barbastellus) in woodland which is not influenced by deer or grey squirrel (Sciurus carolinensis) 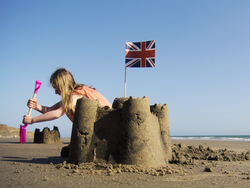 The Isle of Wight has a number of distinct economic strengths, including a strong, modern manufacturing sector in comparison with south east England, as a result of companies and local supply chains in marine industries, aerospace, and composite material production; plus a healthy level of self-employment and micro-businesses, many of which are attracted by the quality of place offered by the Island. These, allied to the visitor economy and the offer to tourists, provide the opportunity for sustainable growth.

Tourism is one of the Island’s most important sectors and growing the visitor economy has been identified as a priority by both the Isle of Wight Council and Visit Isle of Wight. However, how people take their holidays over the last 30 years has changed, which has resulted in a gradual decline in the total number of visitors and a change in the demographics of visitors, their length of stay and the time of year they visit. In addition, the average spend per visitor is low and there remains significant seasonal variation in the number of visitors.