This biosphere reserve comprises Haleakala and Hawaii Volcanoes National Parks on the Hawaiian Islands. Ecosystems are very diverse, varying from rain forest to desert scrub and coastal strand to alpine. A spectrum of tropical environments, ranging from persistently or seasonably wet to dry, is found in Hawaii, which explains the floral diversity. Volcanism encourages the emergence of diversity, resulting in a mosaic of successional and climax stages throughout the biosphere reserve. 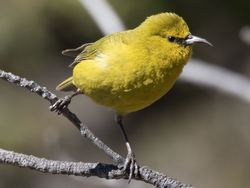 The islands have had a global importance in the history of evolutionary biology and are continuing to serve as crucial sites for evolutionary studies. Apart from research, the biosphere reserve focuses on the protection and management of the endemic biological diversity and public education on Hawaiian natural history.

Alien species constitutes a major problem for nature conservation. The Hawaii Islands’ evolutionary isolation from the continents, and their modern role as a commercial hub of the Pacific, make them particularly vulnerable to invasion by alien species. Among the species documented in the Hawaiian Ecosystem at Risk (HEAR) project is the fire tree (Myrica faya), a native of the Canary Islands, Azores and Madeira. As actinorrhizal nitrogen fixer, M. faya poses a serious threat to native plants on young volcanic sites, where it forms dense, single-species stands with an understorey devoid of other plant life.

The long-term protection of Hawaiian’s nature is crucial to its tourism industry.