This reserve is composed of the Katunskiy biosphere reserve (Russian Federation, designated in 2000) and the Katon-Karagay biosphere reserve (Kazakhstan, designated in 2014). With a total surface of over 1.5 million ha, the area is used for livestock rearing, grazing, red deer farming, fodder production and apiculture by its 24,400 inhabitants. Tourism, hunting, fishing, and the collection of non-timber forest products are also widespread. 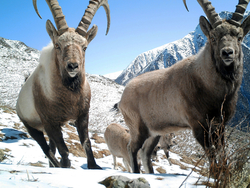 The Great Altay TBR is part of the Altai-Sayan Ecoregion, which encompasses a great variety of ecosystems. More than 200 protected areas of different legal status make up 16.5%, respectively 17.6 million ha, of the total area of the ecoregion. 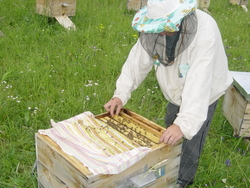 A big share of the transition zones consists of private‐owned lands that are used for livestock grazing, red deer (maral) farming, fodder production and apiculture. Forestry activities include sanitary cutting and thinning cuts as well as restoration of degraded forest stands.

Poverty, a low standard of living and the lack of a regular income are serious problems to the people living in the TBR territory, but also to the TBR ecosystems. Unemployment is fairly visible in the TBR territory, since some people live on subsistence farming and on products provided directly by the TBR ecosystems like berries, mushrooms, fish and meat of wild animals.

To obtain fuel for heating their houses, they collect firewood (sometimes illegally) since coal is too expensive. Selling firewood, medicinal plants, pine cones, honey, dairy products or furs helps to obtain some income. The lack of alternative income possibilities is due to the absence of industry, the collapse of the Soviet farming system and the little developed tourism sector in the region. A limited number of people benefit from profitable maral farming.

Tourism development could improve the economic situation, but so far local residents are little involved in this sector. Instead non-local tourist companies dominate the market. The difficult living conditions of the local people are the most important reason for the overexploitation and illegal use of natural resources.