The Gran Canaria Biosphere Reserve covers 43% of the central and southwestern land area of the island of Gran Canaria, in addition to a wide marine strip. The geological antiquity of the island (about 14.5 million years) and a history of volcanic construction-destruction, has resulted in a geographical area which encompasses the oldest part of the island. The biodiversity in ecosystems is very high, with an outstanding degree of endemicity of invertebrates, and unique species of birds and reptiles, as well as the great floristic biodiversity in large cliffs. In addition to the ecosystems from peaks to beaches and marine areas, the Gran Canaria Biosphere Reserve runs through valleys of agricultural and traditional use, as well as an intricate set of steep ravines and geological landmarks of great interest. 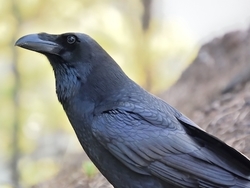 From the geological standpoint, the Gran Canaria Biosphere Reserve is of exceptional value in understanding the process of formation and evolution of ocean islands. The geological and lithological variety results in an abrupt landscape, with steep slopes, embedded ravines, large rocky massifs, cliffs more than 1,000 metres above sea level, and important crests and isolated rocks.

Gran Canaria island is characterized by its great biological diversity. Its geographical isolation together with the variety of available ecological niches have favored speciation processes resulting in the presence of numerous endemic species. The wide climatological variety in the different heights and slopes of the island (with annual averages of 22ºC), and other variables, also conditions the distribution of vegetation, creating a series of bioclimatic floors, ranging from coastal xeric scrub to subalpine vegetation, passing through a thermophilous forest, a canary pine forest, as well as redoubts of recovering monteverde (laurisilva and evergreen forests). This area it may be considered of vital importance for biological conservation and evolution.

Cattle raising, mainly goat and sheep, offers internationally renowned  cheeses and transhumance as an ancestral practice of moving animals in search of better pastures according to the time of year. Fishing in the marine strip is artisan and sustainable using boats of small lengths. Agriculture is generally self-supplied and of internal supply, highlighting the cultivation of tomatoes, apricots and tropical fruits. The almonds are part of the traditional confectionery. Nowadays there is an important trend towards organic farming.

Other uses of the territory are currently booming tourist services sector (accommodation, catering and guides), and others such as hiking, mountain running, cycling, climbing and numerous water sports such as scuba diving or snorkeling. In this environment numerous festivities are celebrated in the island, mostly religious ones, where a saint is venerated; and/or derived from rituals of the old Canaries, mainly related to the rain and the food.