Gorges du Gardon Biosphere Reserve is located in the Gard department in Southern France. The area is typical Mediterranean landscape, with scrubland, green oaks, the Gardon River and cliffs, and contains endangered and protected species such as Egyptian vultures, Bonelli’s eagle and the Woodcock orchid. 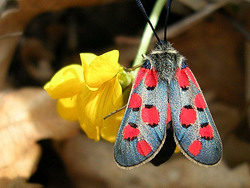 The Biosphere Reserve lies in the Mediterranean biogeographical area, considered as one of 34 hot spots for biodiversity in the world. The local vegetation, typical of Holm oak and Kermes oak formations, represents part of the macro ecosystem scrubland and vegetation of the lower meso-Mediterranean landscape. The Biosphere Reserve lies at the heart of the Mediterranean climate characterized by low and erratic summer rains, hot dry summers and mild winters in the plains.

The Biosphere Reserve is, therefore, a globally significant reservoir of biodiversity. The diversity of domestic species is significant, and is the result of the efforts and willingness of producers to preserve traditional varieties and transmit this heritage. Regarding the fauna, more than 900 species have been identified to date, of which 202 are nationally protected by ministerial decree and 280 are on the global red list of the International Union for the Conservation of Nature (IUCN). This includes 151 bird species with many rare birds such as Bonelli's eagle (Aquila fasciata), 49 mammals species such as the Eurasian beaver (Castor fiber), as well as 13 amphibian and 14 reptile species such as the ocellated lizard (Timon lepidus). The flora is equally rich and diverse as 531 species have been catalogued, of which eleven are protected at national level, two at the regional level and seven are on the global IUCN Red List. 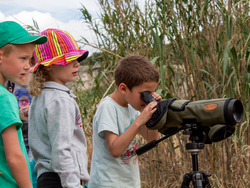 Agricultural activity still holds 811 jobs within the Biosphere Reserve and presents diverse productions such as viticulture, olive growing, breeding, truffle growing, arboriculture, all of which have strong local roots. However, in the last 10 years, 188 farms have disappeared and 1,735 ha of UAA (11% overall). Agriculture has indeed been faced with substantial economic changes that are reflected in a decrease in the number of farms but also in the evolution of the occupation of inherent soil types. Moreover, the area has little industrial activity and is essentially focused on services.

The bedrock of the Biosphere Reserve consists almost entirely of limestone, sometimes covered with alluvial deposits in cultivated areas (valleys of Alzon de Seynes or plaine du Gardon). Many quarries are therefore still present in the territory (although many have also been abandoned), with thirteen of the 75 referenced in the Gard, some having even experienced uninterrupted operation since Roman times.

Finally, tourism constitutes the main economic engine of the region. In the Gard department, tourism generates € 970 million in turnover and  15,000 full-time jobs or 5% of salaried jobs in the department. Tourism in the area is mostly based on Roman and Medieval archeological sites that testify to the rich and ancient historical cultural heritage of the region. The touristic beacon of the Biosphere Reserve is the Pont du Gard (a World Heritage site), which annually attracts roughly 1.3 million people, generates € 135 million in economic benefits, and participates in the direct or indirect creation of 1,209 jobs. The main touristic sites include the Roman arenas, the Magne Tower and the Square House in Nîmes, the Saint-Théodorit Cathedral in Uzès, and a variety of different museums covering local history from pre-historic times to the present.