This biosphere reserve in southeastern Alaska consists of two units, Glacier Bay and Admiralty Island. Glacial advance and retreat that have been occurring since the mid Miocene shaped the landscape of the area. The latest episode of ice recession began only 200 years ago and the ice within the Glacier Bay has withdrawn about 95 km during this period. 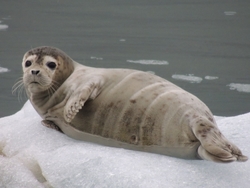 Plant succession led to the establishment of pioneer plants (lichens, moss, alder, willow, soapberry and cottonwood) closest to the glacier. More mature forest associations of western helmlock (Tsuga heterophylla) and Sitka spruce (Picea sitchensis) occur at some distance. Admiralty Island comprises one of the greatest remaining blocks of productive old-growth temperate rain forest in the world. Shrublands, freshwater marshes and subtidal meadows are other plant communities found in both units. 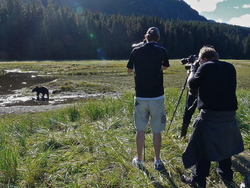 The earliest evidence of human occupation in the area dates back some 10,000 years. In the 18th and 19th century, the Tlingits occupied the territory. Then, sporadic settlements arose in connection with European mining, fur-trading, logging, commercial fishing and pioneering. However, the area is only little impacted by humans and therefore gives a unique opportunity to study the plant succession and animal recolonization that follows glacier retreat. Local people have been actively involved in the development and review of the management plans for Glacier Bay National Park and Admiralty Island National Monument.