The transregional “Flusslandschaft Elbe” is Germany’s largest inland biosphere reserve. The five German regional states (Länder) of Saxony-Anhalt, Brandenburg, Lower Saxony, Mecklenburg-Western Pomerania and Schleswig-Holstein host different relative area percentages of the biosphere. The biosphere reserve is representative of the glacial valleys of the Northern German older moraine landscape. Embedded into the centuries-old cultural landscape are numerous spatially connected typical river and alluvial structures and corresponding near-natural habitats. The comprehensive inclusion of a major river alluvial system across the five Länder in one biosphere reserve is unique in Germany. 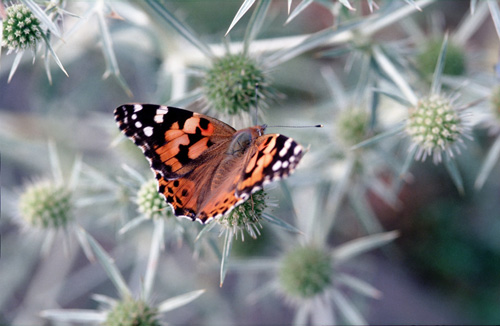 The topography of the region is characterized by the Elbe River and its tributaries. The other main landscape unit in the biosphere reserve is the intermittently flooded alluvial plain with its tributaries. In the lowlands of Lower Saxony, near the north-western border of the reserve, the alluvial plain grades into tide-influenced marchlands. Lowlands in which peatlands have formed, extensive areas of talsand, and dune systems can be found away from the surviving alluvial plain. Higher-lying areas consist of glacially formed ground moraines and moraine ridges. The biosphere reserve is located in the central European temperate climate region, defined after the Köppen-Geiger climate classification as ‘temperate oceanic climate’.

In terms of geology, the valley bottom of the Elbe glacial valley was formed during the last northern inland glaciation and consists of primarily sandy glacio-fluvial deposits. Scouring by the Elbe stream during the post-glacial period led to the development of lower river terraces, which structure the glacial valley lowlands and can reach a width of more than 50km. At the edge of the glacial valley, sand drift and sand deposition date back several thousand years and today manifest themselves as expansive inland dune systems. The lower river terraces delimiting the floodplain contain groundwater gley soils, in parts displaying fen peat formation, and also brown earths and podzols that developed above the groundwater level.

Due to the transition from oceanic-maritime climate to continental climate and the great diversity of the sites, the biosphere reserve hosts more than 1300 plant species. Of these, approximately 400 species are listed in the IUCN Red list of endangered ferns and flowering plants. Due to its variety of aquatic habitats, most of the area’s characteristic plants occur in such habitats. Likewise, due to its rich mosaic of diverse habitats, the biosphere hosts unusually large populations of species of fauna with continental, Atlantic, boreo-alpine and boreal distributions. The area hosts 700 species of higher moths and butterflies, 151 breeding bird species and 12 of the 19 amphibian species native to Germany. 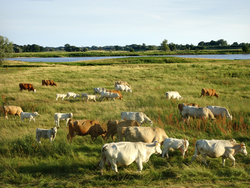 In total, some 270,000 people live in the biosphere reserve. The part of the biosphere reserve in Saxony-Anhalt accounts for the majority of the population and has the highest population density. Moving northward along the course of the river, the population figures and densities decline sharply. The ethnic composition of the local population is both complex and diverse. Following early Slavic settlement in the 6th century, colonization of the lands east of the Elbe from the 11th century resulted in assimilation of the Elbian Slavs with German, Flemish and other settlers. However, streams of refugees in the aftermath of WWII drastically altered the population structure. The largest groups of migrants originate from Asia, Turkey, Serbia, Montenegro, Poland, Russia, Kazakhstan and Ukraine.

Members of the working population liable for social security contributions are largely employed in manufacturing industries, in trade, transport and construction, in the insurance and service industries and in public services. Agriculture, forestry fisheries and hunting are also important employers, particularly in the more northerly regions. Extensive use of grasslands, predominantly as meadow, is supported by means of specific Land programs, and is grazed mainly by cattle, sheep and horses. Siviculture takes place in land-owned forest areas in line with coordinated site management and forest management plans. Traditional fishing rights exist over certain watercourses and lakes. Hunting for managing game populations takes place with the utmost regard for ecological considerations.

Regarding the cultural significance of the site, the Elbe River has been an abiding backdrop to the chequered history of central and northern Germany, and each era has made its own defining impact on the cultural landscape of the biosphere. Many historical vestiges can be found from the time of the colonization and conversion to Christianity, the golden age of the Hanseatic League, the centuries of rule in small principalities, the influences of the Allies at the end of WWII, and the division of Germany during the Cold War. For example, the ‘Dessau-Wörlitz’ Garden Realm is a World Cultural Heritage Site, consciously designed to embody the Enlightenment spirit of the 18th century. It was created as a much-lauded combination of nature, landscape planning and architecture by the humanist Prince Leopold III Friedrich Franz von Anhalt-Dessau. Moreover, the part of Saxony-Anhalt located within the biosphere hosts a remarkable number of Germany’s UNESCO World Heritage sites around the ‘Mittelelbe’ section, a unique phenomenon.