East Vättern Scarp Landscape is a distinct  example of the landscape in the central part of southern Sweden. It is dominated by agriculture and forestry lands, with villages and settlements consisting of small farms and individual homes.

Municipalities of Jönköping and Tranås 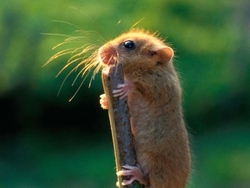 The biosphere reserve contains several deep lakes. Of these, Lake Vättern is Sweden’s largest cold water lake, and the fifth largest lake in Europe, with a total surface of 105,520 ha. The lake is home to 31 fish species, including the large salmonid species Salvelinus umbla, which is also one of the key symbolic species of the East Vättern Scarp Landscape. It is also home to great biodiversity in a wide range of organism groups. There are several glacial relict species in Lake Vättern – a number of crustaceans and a few fish species (including grayling, Thymallus thymallus) – which have adapted to lake living after the last glacial period and post-glacial rebound. The insects along the shores of Lake Vättern are also notable, more reminiscent of the rivers of Northern Sweden than lakes in the south of the country.

On a stretch of just a few kilometres there are four different hardiness zones and extensive biodiversity. Lake Vättern has a clear influence on the local climate, with cold springs, but long, mild autumns. Because of this, several post-glacial warming relicts have been able to survive in the region and in the slopes down to Lake Vättern, which have an oceanic climate. For example, the only incidence in all Scandinavia of the symbolic species Ena montana, the Bulin snail, occurs  in the ravine environments near the lake. Gisebo and Gränna are home to one of the country’s largest fruit growing districts, which is not common at this latitude and altitude. Due to the central location of the East Vättern Scarp Landscape in the southern one-third of Sweden, both eastern and western species are found here, as well as typically northern coniferous forest environments and typically southern Swedish wooded meadows. From a macro perspective, the East Vättern Scarp Landscape can be seen as a large border zone that gradually transitions from more open, broadleaf-dominated landscapes near the lake to more dense wooded landscapes on the South Swedish Highlands. For this reason, the hazel dormouse (Muscardinus avellanarius) has been named the symbolic species for these environments. 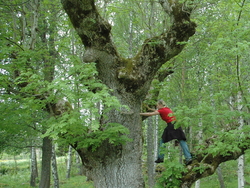 There are several large scale farms and manors, as well as three urban areas. One feature of the region is a transition from completely urban East Vättern Scarp Landscape – Jönköping/Huskvarna is Sweden’s ninth largest urban area - to an active farming environment in a more sparsely populated rural area. In total nearly 40,000 people live in the area, of whom about 31,000 live in the larger urban environments.

Active agriculture and forestry are the foundation of a living countryside, but other production is of growing importance. Many rural properties are managed part-time or on the owner’s leisure time, which has limited the negative effects of reduced profitability.

The small-scale farming landscape produces many raw materials that can be used for food, medicine, construction material, fuel and fodder.