The East Carpathians Biosphere Reserve is a transboundary mountain reserve located in Central Europe that encompasses areas of significant value for biodiversity conservation. It covers the western edge of the Eastern Carpathians stretching across Poland, Slovakia and Ukraine. The European mountain areas of the reserve are among the few to possess well-preserved native flora and fauna. In particular, the mixed Carpathian forest provides suitable conditions for large mammals such as the European bison (Bison bonasus).

The density of the different areas ranges from vast wild spaces on the Polish side to relatively densely populated areas in the Ukrainian part with cultivated valleys, hay meadows, pastures and deciduous forest. Forestry remains the main local economic activity. 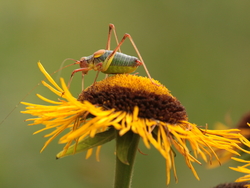 The Eastern Carpathian Biosphere Reserve is located in Western Bieszczady, the southern part of which is known as Bukovske Hills. Primeval forest fragments in this area have been preserved up to the present day. Large portions of the territory comprise forest and non-forest ecosystems, accompanied by numerous plant communities growing in semi-natural rural areas. Four distinct vegetation types are found within the biosphere reserve: beech forest (Fagetum sylvaticae), beech-fir forest (Fageto-Abietum), dwarf-shrublands with green alder (Alnetum viridis) and a belt of treeless ‘poloniny’ – subalpine meadows dominated by Prata subalpina.

The mixed Carpathian forest provides suitable conditions for large mammals such as the European brown bear (Ursus arctos arctos), the European bison (Bison bonasus), the Eurasian lynx (Lynx lynx) and the European wolf (Canis lupus). Over 100 species of birds live in the area including the black stork (Ciconia nigra) and the golden eagle (Aquila chrysaetos). 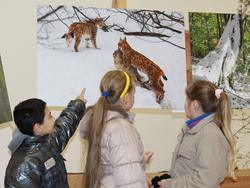 Over the last decade decline in population numbers combined with increased migration among young people has resulted in a drop in the average overall population. For example, between 1991 and 2013, the population of ten Slovak villages declined from 3,721 people to 2,424 people.

The majority of economically active inhabitants work in agriculture and forest industry. Agriculture is limited to cattle raising, sheep breeding and small-scale organic farming using traditional land-use patterns. Tourism is developing rapidly especially in the Polish part of the reserve. This has had a significant impact on the types of activities carried out in local communities, with an increase in cultural events tied to old regional traditions, which are attractive to tourists.