The Dublin Bay Biosphere Reserve (former North Bull Island) comprises Dublin Bay, North Bull Island and adjacent land, including parts of Dublin, the capital city of Ireland. It is one of the finest sand dune systems in Ireland and is internationally important in terms of its conservation value. There are high quality examples of several rare and threatened coastal habitats present on the island 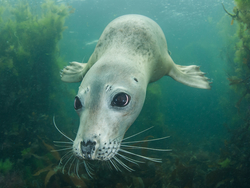 The biosphere reserve is significant from a conservation perspective since it supports well-developed salt marshes and dune systems displaying all stages of development from the earliest phase of colonization to stable and full maturity. The area is also important for nesting and wintering waterfowls.

It also qualifies for international importance as the numbers of three species exceed the international threshold – Light-bellied Brent Goose (Branta bernicla hrota), Black-tailed Godwit (Limosa limosa) and Bar-tailed Godwit (Limosa lapponica). Species such as Grey Heron (Ardea cinerea), Goldeneye (Bucephala), Red-breasted Merganser (Mergus serrator) and Greenshank (Tringa nebularia) are regular in winter in numbers of regional or local importance. The North Bull Island and parts of the buffer zone in north Dublin include populations of Irish Mountain Hare (Lepus timidus hibernicus), a uniquely Irish sub-species of a species of national and international importance, but under severe pressure from recreational disturbance and illegal poaching. 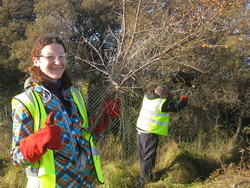 The beaches and amenities of the reserve serve the population of the capital of Ireland. Dublin City is the most populated area of the country. It has a resident population of 525,833, based on the 2011 national census. Dublin Bay is the only Biosphere Reserve worldwide which includes within its area a national capital city. Therefore, its impact on society is higher than for just the immediate resident population.

In addition to its ecological value, the island has an important educational and recreation function valued by school classes and day visitors from Dublin. Two golf courses are situated on the island and there are some boating activities in the adjacent waters. In applying the biosphere reserve concept, the ambition is to reconcile the multiple uses in this small area.