The Collina Po Biosphere Reserve is located in the north Italian Piedmont Region and covers the Turin stretch of the River Po with its main tributaries and the Collina Torinese hillside. The River Po is the main reservoir of biodiversity in the Turin plain, due in part to the numerous wetlands along its course. Its physical and geological characteristics have led to the formation of numerous gravelly shores, oxbows and riparian woods that host a variety of species. These natural features are of particular value to the densely populated local environment, with 900,000 people living in the city of Turin. 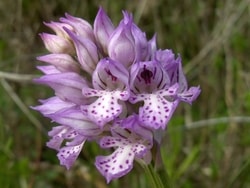 The River Po is the principal element of the biosphere reserve, with the foothill and high plateau section running initially northwards as far as Chivasso, where the river converges to the east. The river is the main reservoir of biodiversity in the Turin plain, due in part to the numerous wetland areas along its course.

The Turin Hills are characterized by the presence of sedimentary rocks of marine origin, which are fairly loose and easily eroded. Its physical and geological characteristics have led to the formation of numerous gravelly shores, oxbows and riparian woods hosting a variety of species.

The buffer zone and transition area contain eight Savoy residences belonging to the ‘Residences of the Royal House of Savoy’, which have been designated a UNESCO World Heritage Site. 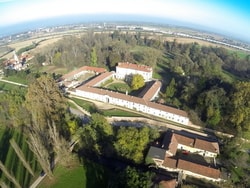 The population of the reserve amounts to over 1.5 million inhabitants, 900,000 of which live in Turin. The city is the heart of Italy’s automobile industry, as well as an important centre for publishing, banking and insurance, telecommunications, design, food and wine.

Traditionally, Turin attracts a lot of visitors to its old town and other remarkable historic and cultural elements, such as the Basilica Superga, the Palazzo Madam and the National Automobile Museum. Cultural attractions outside the city include the residence of the Royal House of Savoy and the Vezzolano Abbey. An increasing number of tourists choose to spend time on the hillsides and riversides areas to hike, bike or to practise agro-tourism.