Located in the coastal belt of southern Latium, the state-owned forest of Circeo is situated within the Circeo National Park, a larger protected area that safeguards high-diversity environments of naturalistic, hydrogeological and faunal interest. It comprises a plain forest located on a series of continental dunes, three coastal lakes, marshy areas and the calcareous massif of Mount Circeo (541 metres above sea level), as well as agriculture fields and pastures. The Circeo Biosphere Reserve partly overlaps the Circeo National Park and includes a Ramsar site.

The area is a popular destination for tourists due to its proximity to Rome. This results in pressure on the ecosystem affecting in particular coastal dunes. Another challenge facing biosphere reserve management is eutrophication and water pollution of coastal lakes caused by urban sewage and agricultural activities. The National Park provides environmental education activities and an ecomuseum presents key information for visitors. 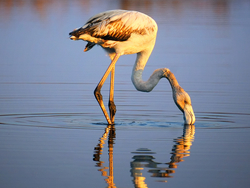 The reserve is almost uninhabited and is characterized by dense forest cover (deciduous oak forest with Mediterranean species). It represents the only example of lowland forest dominated by deciduous oaks in Italy. It includes a coastal landscape with wide plain areas that were formerly characterized by the Pontine Wetlands and the large Terracina Forests, some of which still survive. Internal lagoons and retrodunal lakes are divided from the sea by recent sand dunes belt over an area of 25 km.

Forty species of mammals have been reported including 14 types of bats and wild boar (Sus scrofa), over 280 species of birds (including migratory species), 16 species of reptiles, 8 species of amphibian, 50 species of fish and an unknown number of terrestrial, marine and freshwater invertebrates. 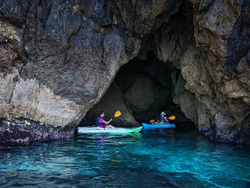 The core areas of the reserve are uninhabited, while 250 inhabitants populate the buffer zones rising to 3,000 inhabitants during the summer. The transition areas include the villages of Sabaudia and San Felice Circeo, which are inhabited by about 8,000 and 4,000 people, respectively.

In recent years numerous illegal activities have ceased and illegal buildings have been subject to demolition. For example, an illegal harbour on Paola’s Lake containing 1,000 boats was demolished.